These kitties are ready for the catwalk.

This is the third time United Bamboo has created a cat calendar. Its last official calendar, for 2011, featured miniature versions of its collection from the previous year. 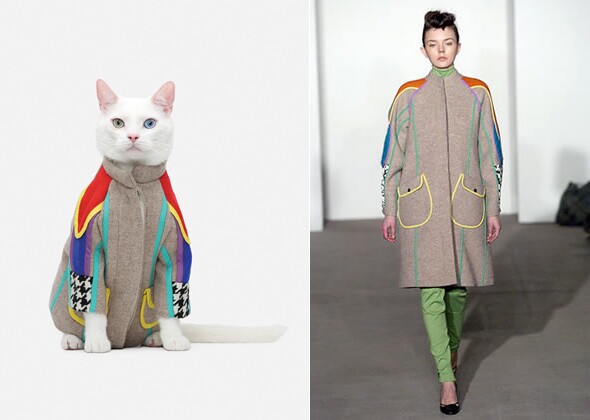 Prince Snowflake shows off his custom-made United Bamboo coat made to look like the human version. 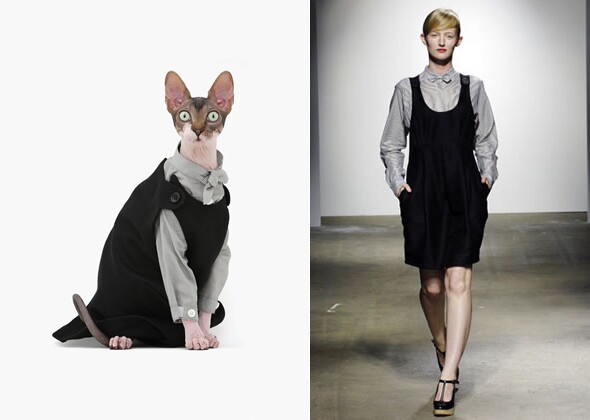 Huxtable models a miniature version of a button down blouse and a black jumper. 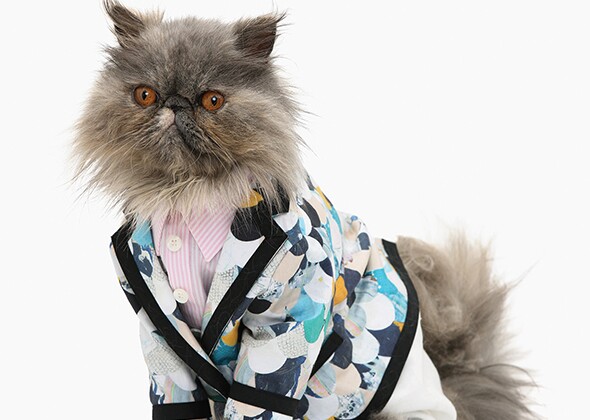 Bob Paisley, who is a veteran model for the calendar, sports a bespoke print blazer and a striped shirt. 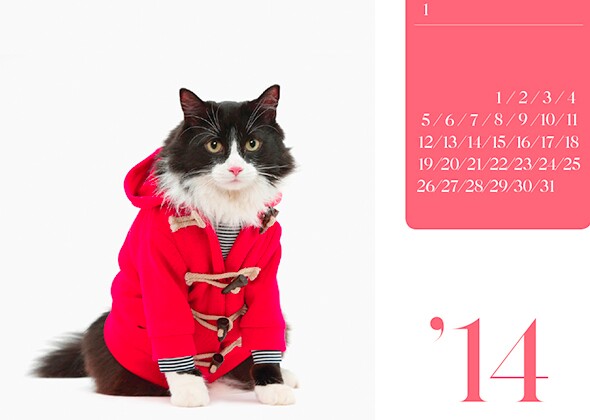 Cover model Jasper shows that kitties can wear outerwear too. His bright red toggle coat will be the envy of every kitty on chilly days.

This year, though, they decided to turn to the archives to find inspiration for their meowing models. Each item was designed to fit the specific cat who would be wearing it in the photo shoot, but in the next few months, the pieces will likely be available for fashion-forward felines to take home, reported Today.

The cats were selected at a casting call and photographed by Noah Sheldon. Studio Lin designed the calendar, which is available for sale on United Bamboo’s site.

The calendar is part of United Bamboo’s new Catclub brand. In addition to the calendar, later this year Catclub will also begin selling greeting cards, wrapping paper and other products — all adorned with pictures of cats in United Bamboo clothing.