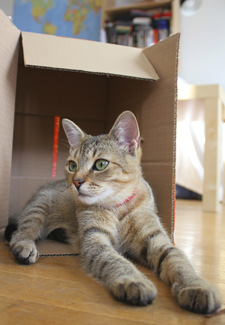 Editor's note: This is the second in a series of articles on pet ownership and divorce. In our first article, we looked at how owners can avoid making a pet a pawn in the divorce process. In this article, author Steven May outlines some of the commonsense steps you can take to make sure you have an ongoing role in your pet's life should you face a divorce. When I was navigating the emotional minefield of divorce, my attorney said something to me that completely changed my perspective, simply because I hadn't considered it before: “In the eyes of the law, marriage is a business contract. Nothing more and nothing less. Love, intimacy and companionship have nothing to do with the legalities of marriage.”

I know these words sound harsh, but in the typically black-and-white world of our legal system, harshness comes with the territory.

Using Your Head Versus Your Heart

Think back to the beginning of a serious relationship or a marriage. Were you driven by fear of it ending badly or by confidence that it would work out? Were you excited by embarking on a shared path with someone you loved or dreading and planning for the inevitable breakup?

Let’s face it: When it comes to relationships, we tend to think with our hearts and not our heads. We have no problem requesting an “out” clause in a business contract, but signing a prenuptial agreement? That’s a different conversation altogether.

So how do those facts relate to our pets? They relate because of how our pets are viewed in a court of law.

The Law: Pets as Property

Currently, our legal system classifies pets as property right alongside cars and televisions. While it’s safe to say that most "pet parents" would disagree and see their companions as true members of the family, that view has no standing in court. That fact becomes very clear to couples battling over assets in divorce court. In that arena, except in cases where cruelty can be shown, it is proof of ownership that almost always determines custody of the family pet.

In determining proof of ownership, a judge will consider the following:

Registration and license: The most likely document to be recognized by the court is the initial registration required for the majority of household pets. That document will have the name of the person who registered the pet with the local authorities and paid the associated licensing fees. Remember, signing your name on a registration form carries weight. The registered owner of a pet is responsible for future licensing and vaccinations, as well as any issues of liability that may arise.

Veterinary records: The court may also consider veterinary medical records. At your pet’s first visit to the veterinarian, you will be asked to supply the name of the owner. If you are part of a couple, both parties can be listed as owners. If a pet custody battle takes place, having both names listed will show the court that each party showed an interest in the pet’s well-being. From there, the judge will most often look at who paid the majority of the pet’s veterinary bills to help determine legal ownership.

Microchip records: Beyond being one of the wisest things a pet parent can do, microchipping also serves as a record of ownership. Just as with veterinary records, both parties can be listed as owners of the pet, which will show an interest in the animal's well-being in the eyes of the court.

Pedigree registries: If a couple has a purebred pet, registering him with the American Kennel Club (AKC) or the Cat Fanciers' Association (CFA) or another recognized organization will show who has legal ownership, and both parties can be listed as owners.