Pet Scoop: 15,000 Pets Adopted in One Weekend, Koalas Hug Trees to Cool Off

June 4, 2014: We've scoured the Web to find the best and most compelling animal stories, videos and photos. And it's all right here. 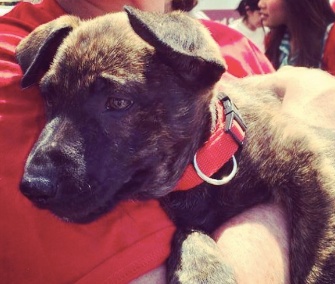 Instagram / maddiesadopt
This puppy was among the animals looking for a home during Maddie's Pet Adoption Days.

More than 15,000 dogs and cats found homes over the weekend thanks to the nation’s largest free adoption event, Maddie’s Pet Adoption Days. That’s up from about 8,000 dogs and cats in last year’s event and much higher than the group’s goal of 10,000 for this year. More than 200 shelters and rescues in nine states took part in the fifth annual event — some with people lined up for hours outside their doors before they opened. Maddie’s Fund picks up the costs of the adoptions giving participating shelters $500 to $2,000 to cover each of them. Maddie was a Miniature Schnauzer whose family started the foundation in her name. "Each year, Cheryl and I see the spirit of Maddie at every adoption location we visit,” said founder Dave Duffield. “It's a tribute to her legacy and the power of one little dog to inspire a movement and bring communities together to find thousands of animals loving homes.” — Find out more from Maddie’s Pet Adoption Days via Facebook

An annual survey found a drastic drop in the number of California brown pelican breeding pairs. The survey in Mexico’s Gulf of California — where most of the pelicans breed — found areas where hundreds or thousands of pairs usually reside had a lot fewer pelicans, and some were even empty. "That's what we call a failure, a bust. The bottom dropped out," said Dan Anderson, a wildlife biologist who conducted the survey with members of Mexico's National Commission of Natural Protected Areas. The bird was pushed to the brink of extinction by the pesticide DDT and declared an endangered species in 1970. Once DDT was outlawed, the pelicans recovered and were taken off the endangered list in 2009. Experts say this recent drop in the population could be partly due to the decline in sardines, the pelicans' main food source. — Read it from AP via Yahoo

A team of panda cubs will predict soccer match winners by choosing food from certain baskets and climbing trees at China’s flagship breeding base. Officials there are hoping the 1- and 2-year-old cubs will be as successful as the late Paul the Octopus, who used his tentacles to successfully predict the outcomes of several World Cup matches in 2010. The bears will choose from three baskets of food representing a win, a loss or a draw, and for knock-out rounds, they’ll pick the winners by climbing trees marked with the flags of competing nations. — Read it from Agence France-Presse via The Nation 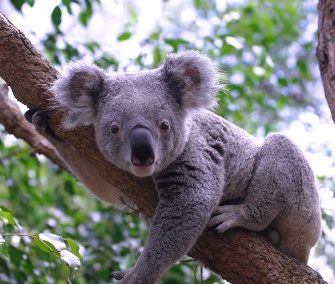 A new study reveals why the marsupials are treehuggers: they wrap themselves around the trunks to regulate their body temperature. Researchers from the University of Melbourne in Australia found that the tree trunks were as much as nine degrees cooler than the air temperature. Koalas pant to keep cool, but the researchers found that tree hugging could be crucial to their survival on hot days, allowing them to cool down without losing water through panting. "As it got hotter the koalas went farther down the trees and started to really hug onto the tree trunks," said study co-author Michael Kearney. The study was published in the journal Biology Letters. — Read it at Live Science

There’s good news for the little dog we told you about yesterday, who was saved from traffic in a Pittsburgh tunnel by Good Samaritans. Owner Treble Dixon was reunited with the Chihuahua mix, Chico, after her brother called to say he’d spotted him on the TV news. Dixon said she’d been searching for Chico since he ran off during a play date three weeks ago. "When Chico saw her, he went right to her," said Humane Society executive director David Janusek. The pooch will be neutered and get a microchip before heading home with Dixon. — Read it at the Pittsburgh Post-Gazette