February 29, 2012: We've scoured the Web to find the best and most compelling animal stories, videos and photos. And it's all right here. 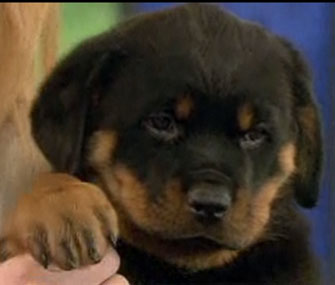 Today
Rottweilers made the American Kennel Club's most popular breed list for the first time this year.

While the lovable Labrador Retriever takes the title of America’s most popular dog breed for the 21st year running, there is one breed that made the American Kennel Club’s top 10 ranking for the first time: the Rottweiler. The full list, which is based on AKC registrations, includes the Lab, German Shepherd Dog, Beagle, Golden Retriever, Yorkshire Terrier, Bulldog, Boxer, Poodle, Dachshund and Rottweiler. — See a video at Today

Iowa Man Charged With Stealing His Own Cat

When Justin Kaufman went to his local animal shelter to retrieve his cat, Smokie, after the feline was found roaming the streets, he was told that he'd have to cover a $35 fee. But Kaufman claimed that he didn’t have to pay the previous two times he had to reclaim Smokie. (This cat likes to escape.) When a shelter worker went to speak with a manager, Kaufman took Smokie from his cage and went home . . . only to receive a visit from the police, who charged him with theft. — Read it at CBS News

Pale Male, a red-tailed hawk who’s been the subject of books and even inspired skits on Conan O’Brien’s show, has sadly lost another companion. But the famous New Yorker seems to be getting over the loss just fine — he’s already been spotted with another female near his Fifth Avenue nest. — Read it at Today

Woman Struggles to Rescue a Horse Stuck in Some Mud

It took a group of people to help Nicole Graham save her horse, who suddenly sunk neck-deep in thick mud during a ride along an Australian beach — an amazing scene captured on video. — Watch it at BBC News

Dolphins Exchange Pleasantries When They Meet at Sea

What a friendly species. A new study finds that bottlenose dolphins exchange signature whistles when they come in contact with other dolphins in order to introduce themselves. — Read it at Discovery News

We have some treats for you in the must-see photo department:

A German breeder’s two Mastiffs gave birth to 27 puppies in three days. — See the photo at People Pets
A panda in China does an upside-down trick in a tree. — See it at Buzzfeed

A newborn gorilla cuddles with his mom at the Pittsburgh Zoo. — See it at Zooborns