March 15, 2012: We've scoured the Web to find the best and most compelling animal stories, videos and photos. And it's all right here. 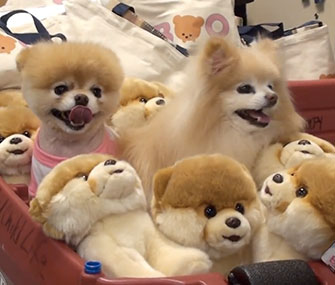 The “World’s Cutest Dog” only asked for one thing for his 7th birthday: donations to the Lucile Packard Children’s Hospital at Stanford in California. With a goal of raising $7,000 by the end of the month, Boo and his pal Buddy kicked in $777 to start and asked for donations of $7. All of the money will go to the hospital’s pet therapy program, which helps take young patients’ minds off of their pain. Little Boo, who celebrates his birthday on Saturday, topped his goal in just four days, making him the "World's Cutest Donor." — Here’s how to contribute

The number of monarch butterflies making it to their winter destination in Mexico dropped by 59 percent this year — the third straight year of declines for the migrating butterflies. It was the lowest level since this type of record keeping began 20 years ago. Experts offered differing reasons for the decline, including the use of pesticides that hurt the butterflies’ main food source, milkweed, and habitat loss. "The report of the dwindling monarch butterfly winter residence in Mexico is ominous," said Lincoln Brower, a leading entomologist at Sweet Briar College in Virginia. — Read it at AP via the Huffington Post

A new study finds that Goffin’s cockatoos know how to get the best deal on nuts. In an experiment, the birds were first given pecans. But if they didn’t eat them, they were offered a snack that they like better: cashews. And they showed remarkable restraint. “When exchanging for better qualities, the Goffins acted astonishingly like economic agents, flexibly trading-off between immediate and future benefits,” said researcher Alice Auersperg of the University of Vienna in Austria. “They tended to trade their initial items more often for their most preferred food, than for one of intermediate preference value.” The results were published in the journal Biology Letters. — Read it at Discovery News 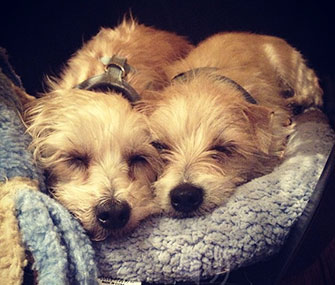 The New Girl star Tweeted this adorable photo of her own new girls, Zelda and Dot, on Wednesday. "I have to thank the #billfoundation for the greatest, sweetest, most wonderful dogs in the world. Apples of my eye!" the actress and singer wrote. Deschanel adopted the snuggly pair from the Bill Foundation in Los Angeles — and asked her followers to share pictures of their own rescue dogs, which she re-Tweeted to her 4 million followers. — Read it at People Pets

Casting a Cat on Broadway

You can train a dog to move on or off stage when he’s told. But what about a cat? In the Broadway production of Breakfast at Tiffany’s, which opens next week, the part of kitty without a name was clearly the hardest to cast. During auditions, a few would-be actors ran scared from the stage while others didn’t pick up the commands quickly enough. Finally, with just a few weeks to go before the debut, the directors found a pro: Vito, a ginger colored feline, got the part. — Read it at Today