Sept. 10, 2014: We've scoured the Web to find the best and most compelling animal stories, videos and photos. And it's all right here. 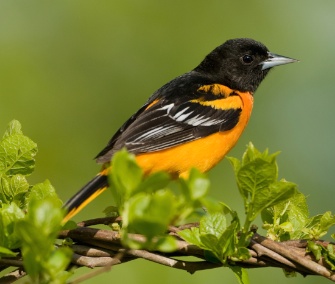 iStockPhoto
The Baltimore oriole is among the species whose range may change as a result of climate change, according to a new study from the National Audubon Society.

A new report from the National Audubon Society finds that global warming could threaten more than half of North American birds by 2080. The report gives comprehensive projections on the likely course of events for 314 bird species. “Half of the birds of North America are at risk of extinction,” Gary Langham, Audubon’s chief scientist, told National Geographic. The study finds that in the next few decades, 126 bird species will have a much smaller area to live in, making them endangered. Another 188 species will relocate to new areas. For example, the iconic Baltimore oriole may no longer reside in Maryland, and the Mississippi kite will head north and east from its namesake state. Other birds, including some that aren’t favorites of many humans, like the turkey vulture and the mourning dove, will greatly expand their ranges as the climate changes. — Read it from the AP via the Huffington Post

Dr. James Laurita, a veterinarian and co-founder of Hope Elephants, which rehabilitates retired circus elephants in Maine, was killed Tuesday when one of the elephants stepped on him. "The elephant was not aggressive in any way. It was clearly an accident," said Mark Belserene, administrator for the state medical examiner's office. Laurita appeared to have fallen before he was stepped on, police said. Laurita established Hope Elephants in 2011 with his brother, Tom. Rose and Opal, the center’s two Asian elephants, arrived in 2012. "Jim's passion for all animals, but especially elephants, was boundless," the center said in a statement. — Read it from the AP via ABC News

A crowd of supporters was on hand to send two Pacific harbor seals back into the wild in Homer, Alaska, last week. Taj Mahal was rescued after being found abandoned in Homer in May, while Liberty was found stranded on mud flats in Anchorage in June. They were nursed back to health at the Alaska SeaLife Center over the summer, and were deemed healthy and ready for release. — See photos from the Alaska SeaLife Center via Facebook 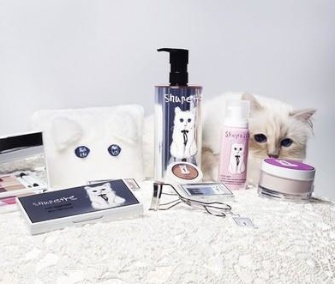 Fashion designer Karl Lagerfeld’s cat is a celebrity in her own right, and now she has her own makeup and skin care line for humans. Lagerfeld and Choupette partnered with the Japanese makeup brand Shu Uemura to create Shupette beauty products, which feature illustrations of the famed feline’s face on the packaging. Shu Uemura’s artistic director created four cat eye looks customers can do at home with the products — and it includes an eye shadow the same shade as Choupette’s piercing blue eyes. The line launches in October. — Read it at Yahoo

The YouTube channel Oh My Disney has a new tribute to the 1980s cartoon DuckTales that’s quickly gone viral. The channel released a video Monday with live ducks playing Scrooge McDuck and his great-nephews Huey, Dewey and Louie — and it already has more than 1.7 million views. The live action reenactment sticks close to the original, which fans remember for its airplane scene and coin dive. DuckTales aired from 1987 to 1990. — Watch it at People Pets