August 8, 2013: We've scoured the Web to find the best and most compelling animal stories, videos and photos. And it's all right here. 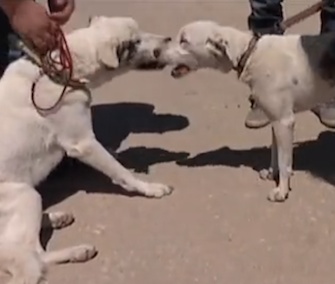 23 ABC
Eve and Dillon, who help each other with their disabilities, were adopted together.

Blind, Deaf Dogs Help Each Other

Eve and Dillon met at the Marley’s Mutts dog rescue in California, and quickly became each other’s eyes and ears. A deaf Catahoula Leopard Dog mix, Eve was found in a snowdrift on Christmas Eve. Dillon, a blind Border Collie mix, was never picked up from the kennel where his family left him. “They are perfect for one another in the way they watch out for one another,” said the shelter’s executive director, Zack Skow. “Each has never been more at ease than when they are together.” Skow used Facebook to find them a home together. A friend showed Shelley Scudder the post, and she couldn’t resist. She fell in love with the duo and now they’re starting a new life together in her home, reported California’s 23 ABC. — Read it at ABC News

New research shows that like children, dogs and cats can have health problems from second-hand cigarette smoke. Animals can suffer from lung damage and certain types of cancer if they’re around the smoke. And the toxins left behind on a smoker’s hands can be especially dangerous for animals because they can easily transfer to a pet’s coat, said veterinary oncologist Heather Wilson-Robles of Texas A&M University. Wilson-Robles said it’s best to quit smoking if you have a pet, or at least smoke outside and, afterwards, wash your hands and change your clothes. — Read it at Medical Daily

A small suburb of Madrid, Spain, has found a unique way of getting residents to clean up after their dogs. For two weeks, the town of 10,000 residents had volunteers carry out a sting operation in the town’s park. They’d watch for owners who hadn’t picked up their dog’s poop and approach them to pet the dog, casually asking for the dog’s name and breed — which was enough information for them to find the owner’s address using a registry at the town hall. Then, they’d carefully package the poop in a box with the town’s seal and a “lost and found” label, and have it delivered to the owner’s home. The shaming campaign seems to have worked. Several months later, Mayor Borja Gutiérrez says there’s been a 70 percent improvement in picking up after canine residents.“It’s your dog, it’s your dog poop,” Gutiérrez said. “We are just returning it to you.” — Read it at The New York Times 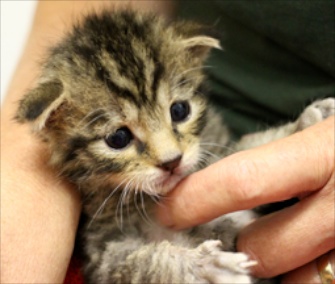 The wildcat is Britain’s rarest mammal, with scientists warning that the species could become extinct in the U.K. in less than 10 years. So, the birth of a wildcat kitten at the conservation charity Wildwood Trust is being celebrated. The kitten was born to mom Cama and dad RJ last month. When Cama wasn’t properly caring for the little one, keepers stepped in to give her 24-hour care. “Wildcats are amazing animals and it’s not like a domestic cat, as a wild animal they have to grow up fast and our kitten has already got four teeth that can give quite a nip, her claws are well formed and she is already proving quite a handful,” said keeper Sally Barns. “Once weaned we will have to return her to the more natural surroundings of her wild enclosure, never to be cuddled again.”— Read it from the U.K.’s Wildwood Trust

Not everyone gets the chance to go deep-sea diving. Luckily, National Geographic has selected some of the best images so far this season from the remotely operated vehicles on the research vessel Nautilus, which is exploring the Gulf of Mexico and the Caribbean Sea from June to November this year. ROVs Hercules and Argus are being used to view the seafloor with high-definition video and collect biological and geological samples. Now you can get a view of some of their stunning scenes. — See images at National Geographic