May 10, 2013: We've scoured the Web to find the best and most compelling animal stories, videos and photos. And it's all right here. 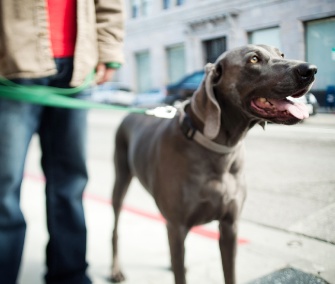 Dogs May Help Your Heart

After a scientific review of several studies from the last decade, the American Heart Association says that owning a pet — especially a dog — might lower your risk of heart disease. Research shows that the reasons for this possible positive link include that dog owners get more physical activity, have lower blood pressure and cholesterol levels and may handle stress better. “Pet ownership, particularly dog ownership, is probably associated with a decreased risk of heart disease,” said Glenn N. Levine, M.D., professor at Baylor College of Medicine and chair of the committee that wrote the AHA’s statement. Still, people shouldn’t get a pet only to lower their risk of heart disease, he said. The statement was published in the AHA’s journal Circulation. — Read it from the American Heart Association

17-Year-Cicadas Come Out in North Carolina

Here they come! The ominous Brood II of cicadas has begun to emerge from the ground in their southernmost reaches in North Carolina. As the ground warms up, they’ll begin to show up further north (along the East Coast, up to Connecticut) in bigger numbers. "I've never seen so many in one location in my life,” said Billy Tesh, who runs a company called Pest Management Systems in North Carolina. “They were on almost every blade of grass." After coming up from the ground where they’ve been since 1996, the cicadas come out of their shells, mate and die off — then their offspring go back underground for another 17 years. — Read it at NBC News

Mathew Cook, 11, had a tendency to disappear from his parents, and had a couple of close calls running near the street, where he was almost hit by a school bus and then by a truck. But his family is breathing easier since Potter, a service dog, came into their lives. “Not to have to worry that Mathew is running away is very calming for a mother,” said his mom, Mary Ramirez Cook of Madeira, Ohio. With his older siblings out of the house now, Potter also provides Mathew with needed companionship, Cook said. Potter is one of more than 600 service dogs trained by the non-profit 4 Paws for Ability and placed in homes with children and veteran with disabilities. — Watch it at USA Today 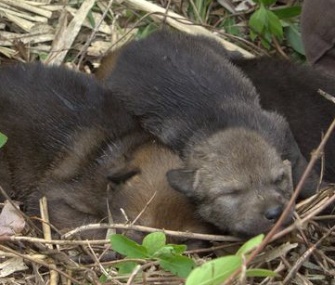 USFWS / B.Bartel
A captive-born red wolf pup has been placed with a wild litter.

Born in captivity in North Carolina, a critically endangered red wolf pup who was the only surviving member of her litter has been placed with a wild foster mom and her pups. The U.S. Fish and Wildlife Service’s Red Wolf Recovery Program has been practicing wild fostering of captive-born pups since 2002 — and has never had a wild wolf mom reject a foster pup. The pups are placed with a wild litter that is similar in age, and no more than 2 weeks old. The recovery program has found that foster pups have about the same survival rate as their adopted littermates. — Read it at Zooborns

A sweet story about a boy and his lifelong pet has gained popularity on Reddit. Reddit user ryantemple, who’s 21, says his cat, who’s 22, has been by his side for his entire life. "22 years my little buddy has been alive,” he wrote “Been with me since the day I was born, my one true friend." He explained that his parents adopted the kitty while his mom was pregnant with him to “practice parenthood.” “I guess there's something special in the tuna we give him once a week as a treat to make him youthful!” — See photos at Paw Nation