Dec. 24, 2014: We've scoured the Web to find the best and most compelling animal stories, videos and photos. And it's all right here. 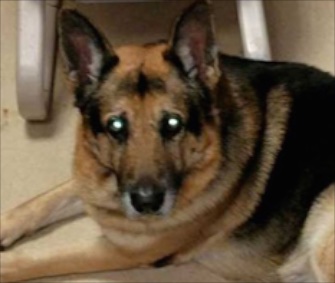 Best Friends
Bela will get a new home at Best Friends Animal Society in Utah just in time for Christmas.

Bela Gets a Home for Holidays

In a heartwarming turn of events, a dog who was set to be put down last week because of instructions in his late owner’s will is now headed to the country’s largest no-kill animal shelter, Best Friends Animal Society in Utah. The decision comes after a public outcry about plans to euthanize Bela, a 9-year-old German Shepherd, so he could be buried with his owner. “Bela has a history of intermittent aggression and his owner, Connie Ley, was concerned about the appropriate care and management of him after her death given Bela’s special needs,” Best Friends said in a statement Tuesday. “Her attorney and her designated friend, charged to decide what was best for Bela, were unaware of Best Friends’ experience in providing appropriate care for dogs like Bela.” After Best Friends learned about Bela in the media, they contacted Ley’s attorney and friend and convinced them it was a good fit for Bela. Two of the shelter’s staff members planned to take a red-eye flight from Utah to Indiana Tuesday night in order to bring Bela to the sanctuary for Christmas. “He will celebrate a warm, happy holiday with lots of treats, toys and love,” Best Friends said. — Read it at Kansas City’s KCTV5

US Airways has issued an apology to Eric Calley, a former Marine who served two tours in Iraq. Calley suffers from post-traumatic stress disorder, and his Doberman Pinscher service dog, Sun, helps him cope. Earlier this month, while Calley and Sun were on a US Airways flight from Florida to Detroit, witnesses say a flight attendant from first class walked back to where Calley were sitting and repeatedly yelled at the veteran because Sun had put her paws on an empty seat during some turbulence. About a dozen other passengers stood up for Calley and filed complaints about the flight attendant when they landed. "It was blatant disrespect. I couldn't just sit there and not say something,” said Chuck Aaron, another Iraq veteran who happened to be sitting behind Calley. Calley said he would not accept the apology. — Read it at USA Today

With the support of the National Science Foundation, a team of researchers is trying to determine whether seals use a magnetic field to navigate back to holes in the ice so they can get the air they need to survive after going for deep underwater dives. They plan to spend the next three years observing a group of seals who will wear data and video recording gear in the McMurdo Sound in Antarctica. The scientists have mapped the area’s magnetic fields in detail. They’ll track the animals’ behavior when they encounter different magnetic fields in hopes of determining whether they use them to navigate. — Read it at Discovery News 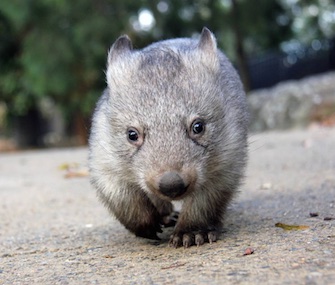 Paul Fahy, Taronga Zoo
Chloe's morning walks on rounds with her keeper at the Taronga Zoo are preparing her for life in the wild.


In October, we told you about Chloe, a 6-month-old wombat who was rescued in Australia after her mom was struck and killed by a car. Chloe found a surrogate in Taronga Zoo keeper Evelyn Weston, who carried her everywhere in a makeshift pouch. Now 9 months old, the adorable joey is out of her pouch — but still doesn’t stray far from Weston. She’s become Weston’s assistant on her morning rounds at the zoo. The morning walks are part of Chloe’s development as she prepares to make her next steps toward returning to the wild. “It’s a natural behavior and something Chloe would be doing with her real mother if she’d survived,” Weston said. “Wombats stay with their mothers for up to two years, walking by their side until they’re old enough to fend for themselves.” Chloe has a special home in an off-exhibit area where she’s encouraged to dig burrows and forage for food. Eventually, she’ll be transferred to a wombat “halfway house” where she’ll learn more about caring for herself before heading out into the wild. — See photos at Zooborns

The actor announced on Instagram Tuesday that his French Bulldog, Dali, is now a big brother. "Santa came early and he brought a sister for Dali. No name just yet," said Jackman, sharing a photo of himself holding the pooch. Jackman brought Dali home in 2010, and the dog often travels with him and his family and joins his dad at the office, where he’s referred to as the “chief of staff” or “chairman of the board.” — Read it at People Pets