June 25, 2013: We've scoured the Web to find the best and most compelling animal stories, videos and photos. And it's all right here. 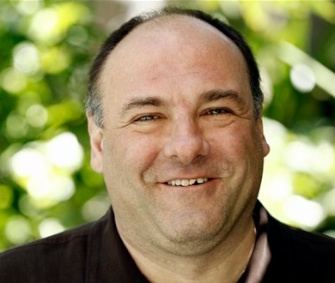 James Gandolfini, who died suddenly while vacationing in Italy last week at age 51, may have been a tough guy on screen. But in real life, one of his roles was as an animal advocate. His final movie, due to be released in 2014, was called Animal Rescue. The crime drama (in post-production) is about a Pit Bull who’s rescued from the garbage. Gandolfini, who plays a bar owner in the film, apparently had a special place in his heart for the breed in real life, too. After the news of the actor’s passing, Last Chance Animal Rescue in New York shared a photo of Gandolfini walking with his Pit Bull rescue, Duke, on Facebook, with the caption: “a great actor and wonderful advocate for an often misunderstood breed.” — Read it at the Mother Nature Network

Could Your Fish Tank Be Hurting Endangered Species?

A new study in the journal Biological Conservation finds that the popular hobby of keeping fish in a household tank could be leading to the extinction of some beautiful fish species. Researchers focused on the trade from India alone from 2005 to 2012, and found that dealers exported 1.5 million freshwater fish from 30 threatened species, including about a dozen species that are endangered. Co-author Michael F. Tlusty of the New England Aquarium in Boston says that study isn’t meant as an attack on the ornamental fish trade. It highlights the need for regulation with scientific backing. — Read it Yahoo News

When Cary Ferguson couldn’t yell out for help, his dog did it for him. Ferguson, 58, took his dog, Jinxie, for a walk at 10 a.m. Friday. But when he didn’t return, his friends became worried. Ferguson, who lives in Tennessee, is a cancer patient with a tracheotomy, making it impossible for him to shout out for help. He also suffers from a mental illness that can cause hallucinations. After about eight hours, his small dog’s barking led a search team to Ferguson, who was trapped in a dry creek bed. “I thought we saw the top of his head,” said rescuer Ruben Miller. “Then the dog went to barking, that’s how we found him. Thank God for dogs.” — Read it at Life With Dogs 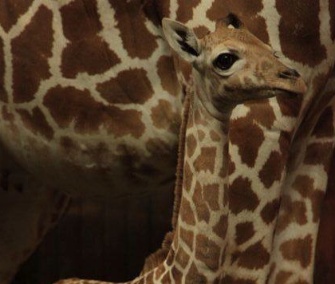 Keepers and veterinarians at Zoo Brno in the Czech Republic are keeping a close watch on a reticulated giraffe calf who was born last week. Born early, the calf was weak when it arrived. It had trouble nursing from its mom, Tosha, and the staff was worried that it wasn’t getting the colostrum needed to develop a healthy immune system. But the zoo now says the baby is getting stronger and growing slowly, even making its way out into the yard to get some fresh air and sun with mom. — Read it at Zooborns

Lou Wegner, 16, will accept the Junior Ambassador Award from the Pet Philanthropy Circle at an awards ceremony on Saturday in New York. Wegner has appeared in Nickelodeon’s The Thundermans, but “his greatest achievement is by far his work with abandoned and endangered animals. He has a profound connection with them,” the organization said. Wegner, who we told you about in November, started the group Kids Against Animal Cruelty when he was just 14. The group is credited with saving more than 20,000 animals from high-kill shelters by using social media. Model and actress Christie Brinkley will also be recognized on Saturday. She’s being given the group’s Humanitarian of the Year Award for her work in advocating against horse slaughter and renouncing the abuse of animals used for cosmetic testing, among other animal-related causes.