May 31, 2013: We've scoured the Web to find the best and most compelling animal stories, videos and photos. And it's all right here. 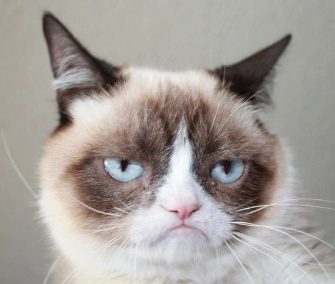 Grumpy Cat, the Internet sensation with the permanent sourpuss who’s photos have been seen by millions, has her own movie deal. The cat, whose real name is Tardar Sauce, rose to fame last fall, when a family member of her owner, Tabatha Bundesen, posted a photo of the cat on Reddit. The Internet took it from there, with people Photoshopping captions on that and subsequent photos. Since then, the Arizona cat has picked up nearly 1 million Facebook followers, drew long lines at the South by Southwest convention in Texas, has a book on the way — and will have a “speaking” part in the Broken Roads Productions film based on her persona. Will that make Grumpy Cat happy? That remains to be seen. — Read it at the Los Angeles Times

Why Do Sea Turtles Return to Their Birthplaces?

Researchers have long known that female sea turtles return to theplace of their birth to reproduce, but they want to understand why in order to learn how to provide better protection for them.Using molecular tools applied to loggerhead turtles from the Cape Verde islands, German scientists found that female sea turtles from different islands have different immune genes, which suggests that returning home to reproduce is tied to advantages in parasite resistance. The study was published in Proceedings of the Royal Society B: Biological Sciences. — Read it at Science Daily

Group Aims to Save Dogs From Everglades

A rescue group, 100+ Abandoned Dogs of Everglades Florida, has saved more than 700 dogs and 40 cats in South Florida. Led by Amy Roman, volunteers drive through the Everglades National Park and surrounding areas with farms and nurseries to take in dogs and puppies who’ve been abandoned and are starving. “There's thousands to save," Roman says. "We rescue the ones we can. Once we capture them, they are putty in my hand. They are tired, they are hungry." After a vet has given them the OK, the dogs are put up for adoption. Although finding an owner can take up to a year, "We find homes for every single one of them," Roman says. — Read it at Florida’s Sun Sentinel 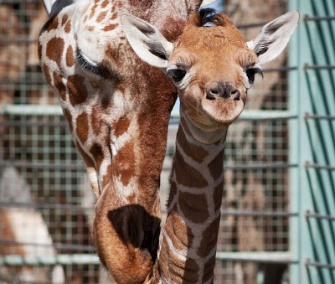 San Francisco Zoo
The giraffe calf gets some love from her mom, Kristin.

A female reticulated giraffe calf with “a lot of spunk” was born on May 22 to mom Kristin and dad Floyd. The baby girl weighed in at 130 pounds and measured 5 feet, 10 inches tall at birth. This is Kristin’s fourth calf in seven years. Keepers say the healthy calf is already fitting in well with the adult giraffe group. The San Francisco Zoo also welcomed another new member to its herd last week when a nearly 2-year-old female arrived from the Rio Grande Zoo in Albuquerque. “The interactions within the group have already begun and all signs are positive that the additions will enrich all of their lives,” said the San Francisco Zoo’s Jim Nappi.

We have a happy update on a story we told you about in September. An orphaned black bear cub who was injured in the Mustang Fire in Idaho and rescued by firefighters spent the last eight months recovering at the Snowdon Wildlife Sanctuary in McCall, Idaho. On Wednesday, the cub, who was nicknamed Boo Boo, was released into the forests in central Idaho. The bear was fitted with a GPS collar that will track his location for the next year before it falls off. — Read it from the AP via the Huffington Post