July 8, 2016: We've scoured the Web to find the best and most compelling animal stories, videos and photos. And it's all right here. 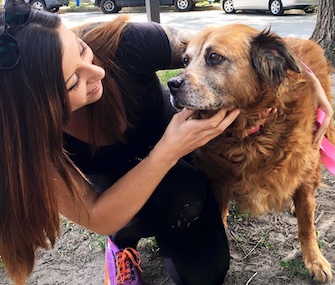 BARCS Animal Shelter / Facebook
Chelsea Hagerty and her fiancée say they've been getting lots of affection from 14-year-old Bear.

Dog Stayed by Dying Owner’s Side

At 14 years old, a devoted dog named Bear stayed at her 76-year-old owner’s side for days after the man passed away. She was still waiting there when the man’s nephew discovered that he’d died. David Dickens Sr. said his family loves dogs, so they were heartbroken when no one could take her in and they had to turn to the BARCS shelter in Baltimore. After days had passed and Bear was still there, the staff turned to social media and several people touched by her story applied to adopt her. The shelter chose Chelsea Hagerty and her fiancée Alex Cheamitru last month, and Bear has been showing them how grateful she is for their love by smothering them with affection. “She's the epitome of everything you'd want in a loyal loving dog,” Hagerty said. She’s also found a new best friend in the couple’s 2-year-old dog, Panda. “Now she has a new family who will loyally stay by her side in her senior years,” said BARCS’ Bailey Deacon. — Read it at People Pets

The International Union for Conservation of Nature says the Bornean orangutan is now critically endangered, which means they face an “extremely high” risk of extinction in the wild. “This is full acknowledgement of what has been clear for a long time: orangutan conservation is failing,” said Andrew Marshall, one of the authors of the assessment. The IUCN blamed hunting, habitat loss and fragmentation for the orangutans’ population loss. But Marshall said it’s not too late for the orangutan, if a stronger effort is made on conservation. — Read it at the U.K.’s Guardian

Scientists and conservationists are concerned about the world’s largest colony of chinstrap penguins after a volcanic eruption left the small sub Antarctic island they call home coated in ash. Satellite images have shown that up to half of Zavodovski Island was covered in ash after the March eruption of Mt. Curry and nearby Mt. Sourabaya. At the time the images were taken, the penguins were molting — shedding their feathers for new ones — which left them unable to even move to the water to wash off the ash. “We don't know what impact the ash will have on the penguins,” said British Antarctic Survey geographer Peter Fretwell. “If it has been heavy and widespread it may have a serious effect on the population. It's impossible to say but two scientific expeditions are scheduled to visit the region from later this year and will try to assess the impact of the eruption.” — Read it at Discovery News via Seeker 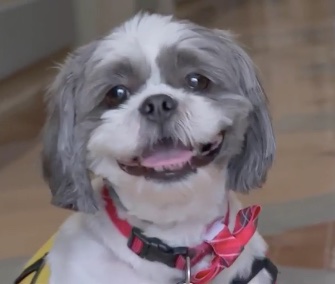 Two small dogs are making a big difference in brightening the days of patients in the intensive care unit at Medstar Washington Hospital Center in Washington, D.C. Buddy, a Shih Tzu, and Princess, a Pekingese and Poodle mix, now regularly visit these isolated patients to bring comfort and smiles. During a visit by NBC News, two patients were so at ease with the furry visitors that they fell asleep while petting them. The hospital staff is also happy to have the stress relief when Buddy and Princess come to visit. “If she can bring you a little bit of serenity and peace and centeredness, it’s a treat,” said one doctor, who’d also spent time with Princess when he was a patient in the unit. — Watch it at NBC News

Dogs have a hard time with the booming, crackling noises of fireworks, making July 4th their least favorite holiday. Many owners took to social media on Independence Day to show how they kept their anxious dogs calm and safe. But Twitter user @Victoria_Eve stole the show with two adorable photos of her pets. Her cat seemed to know that her dog was “terrified,” so the sweet feline went and cuddled with her to make her feel better. “My heart is still crying,” the owner wrote in the caption on the images, which were favorited and retweeted thousands of times. — See photos at the Huffington Post