January 20, 2012: We've scoured the Web to find the best and most compelling animal stories, videos and photos. And it's all right here. 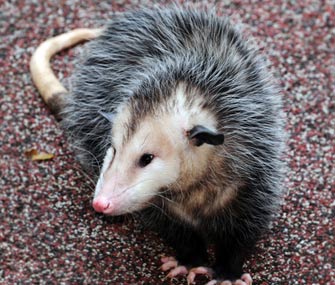 Dreamstime
An opossum like this one recently took the subway in New York City.

New Yorkers see plenty of not-necessarily-welcome critters in their subway system, but at 4:30 a.m. last Friday, passengers on the D train in Brooklyn noticed a stowaway under the seat: an opossum. So what happened to the wayward marsupial? According to The New York Times, after spending several hours on the train, the opossum was named Jerome (after an avenue near the rail yard) and released into a “wooded area.” — Read it at The New York Times

Wildlife officials are scratching their heads over the incredible revival of the Catalina Island fox, a species that was near extinction 13 years ago due to a distemper epidemic. In 1999, the population of the endangered species, which only inhabits the small California island, was down to about 100. Their numbers have now reached 1,542. — Read it at the LA Times

Police arrested two women in Tennessee who'd packed 128 dogs and a single cat into a U-Haul and a minivan for a cross-country trek. The duo apparently ran a rescue operation in California, which they were moving to Virginia. — Read it at the New York Daily News

Baby Wombats Pal Around Down Under

Best friends and orphaned baby wombats Belle and Phoenix, who live at an Australian animal sanctuary, debut on Vice’s The Cute Show, which shows them bottle-feeding and playing together. — Watch it at the Huffington Post

Can’t get enough of Hollywood's latest canine star? The 10-year-old Jack Russell Terrier’s trainer tells People Pets that Uggie had some tough competition when he nabbed his role in The Artist. — Read it at People Pets