June 26, 2013: We've scoured the Web to find the best and most compelling animal stories, videos and photos. And it's all right here. 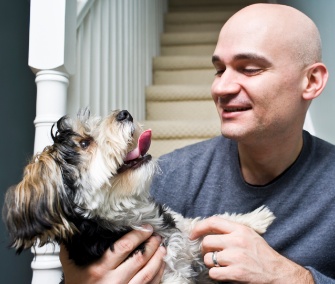 It’s no surprise that many dog owners think of their pup as their child. But what may be more surprising is a new study that finds that dogs feel the same way — they react to their owners in a way that is strikingly similar to the way children react to their parents. The behavior is rooted in the bonding that happens when pooches think of their protectors as a “secure base” that gives them confidence and safety, according to a new study by researchers University of Veterinary Medicine, Vienna, that was published in the journal PLOS ONE. In an experiment, researchers found that dogs were more interested in working for treats when their caregivers were in the room. "One of the things that really surprised us is that adult dogs behave towards their caregivers like human children do," said the study’s author, Lisa Horn. — Read it at Today

Plus: On the heels of that study, the results of a new poll from Public Policy Polling on how Americans view pets may not be so surprising. The poll finds that 52 percent of those asked prefer dogs, 1 in 5 prefer spending time with their pets to spending time with other people and a third said they let their pets sleep in the bed with them. — Read it at National Geographic

It was five years ago that a Michigan family rescued a fawn who was born just before her mother was hit by a car. The family, whose identity hadn’t been released, named the deer Lilly and has raised her as a pet. Michigan state law says that only licensed rehabilitators can legally possess wildlife, but when the Department of Natural Resources tried to remove the deer from her home, the move was met with outrage on the Internet. On Monday, the family’s lawyer said a deal had been reached with the government, and the family has applied for an Exhibition Class Permit with an annual fee of $450 in order to keep Lilly. — Watch it at ABC News and read our story on why you should think twice about trying to rescue baby wildlife 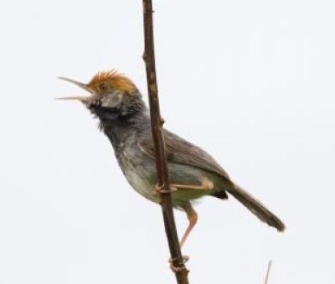 A bird the size of wren with red plumage and a loud call was discovered living in Phnom Penh, the busy capital of Cambodia. Found by a team of scientists with the Wildlife Conservation Society, BirdLife International, and other groups, the Cambodian tailorbird is one of just two bird species found only in Cambodia. The new bird is described in the Oriental Bird Club’s journal Forktail. “The modern discovery of an un-described bird species within the limits of a large populous city — not to mention 30 minutes from my home — is extraordinary,” said lead author Simon Mahood of WCS. — Read it at Discovery News

On a visit to the Rio Negro, French tourist Michel Watson captured several images of a pink Amazon river dolphin swimming and playing. "I was thrilled when I saw it," Watson said. The largest fresh water dolphins, Amazon river dolphins can reach 9 feet long and weigh 220 pounds. While scientists don’t know exactly what gives the dolphins their pink hue, they think it’s due in part to their diet of crabs and shellfish. — See photos at Paw Nation