Jan. 16, 2015: We've scoured the Web to find the best and most compelling animal stories, videos and photos. And it's all right here. 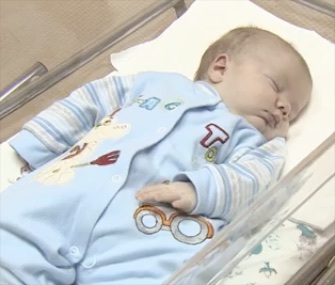 Ruptly / YouTube
A homeless cat in Russia is being credited with finding an abandoned baby and keeping him warm.

Masha, a homeless cat, has been fed and cared for by the residents of a Russian apartment building and likes to curl up in a box in the hallway. Recently, she found a baby boy in her box and decided to curl up beside him. "She has been keeping the baby warm for several hours and meowing to call for help," a resident of the building told Ruptly video agency. The woman, who is a nurse, found a bag nearby with baby food and diapers. She said the infant, who is between 6 and 12 weeks old, appeared to be well taken care of. She said Masha kept the baby close and didn’t want to let him go, even when police and medics arrived to take him to a local hospital. She tried to jump in the ambulance with him and sat for hours by the road waiting for him to come back, the woman said. The baby was found to be healthy, and authorities are trying to locate his parents. The cat has been getting special attention from the residents where she lives since her heroic act. — Read it from Russia’s RT.com

Study: Sea Turtles Use Magnetic Field to Get Home

Loggerhead sea turtles hatch on beaches around the world and then head off on years-long migrations in the sea. So how do they know how to find the exact beach where they were born and return to mate and lay eggs? A new study finds they use the earth’s magnetic field to find their way back to the coastline where they hatched. The magnetic field changes slowly, so they have to respond by shifting their nest sites. "It's pretty fascinating how these creatures can find their way through this vast expanse of nothing," said study co-author J. Roger Brothers of the University of North Carolina, Chapel Hill. The study was published in the journal Current Biology. — Read it at National Geographic


Geese Take on Himalayans Like a Rollercoaster, Study Finds

A new study finds that bar-headed geese use an unexpected flight pattern to make it over the Himalayan Mountains. Rather than flying steadily at a high altitude, the heavy birds conserve energy by moving up and down with the peaks and valleys, as if they were on a rollercoaster, researchers said. “Bar-headed geese have found a way to cross the world’s highest land massif while remaining well within their physiological capabilities,” said study co-author Nyambayar Batbayar, who is a researcher at the Wildlife Science and Conservation Center of Mongolia. The study was published in the journal Science. — Read it at Discovery News 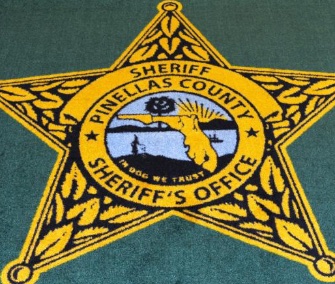 OnlineAuction.com
A rug at a Florida sheriff's office that was misprinted with "In Dog We Trust" is being auctioned for the benefit of an animal rescue.

Rug Reads, “In Dog We Trust”

Two new rugs in the lobby of the Pinellas County Sheriff's Office administration building in Florida had been there for several weeks before a deputy noticed a problem with one of them on Wednesday. The crest should read, “In God We Trust.” But it had a pretty big typo. Instead, it read, “In Dog We Trust.” The manufacturer, American Floor Mats, is working on a replacement for the $500 rug — and the sheriff’s office has found a way to make the best out of the situation. They’re auctioning the rug off online and plan to give 100 percent of the winning bid to Canine Estates, which is a local animal rescue. Bidding closes on Wednesday, and as of Friday morning, the highest bid was $1,125. — Read it at Tampa’s ABC Action News

Today Show Puppy Gets a Name

Earlier this week, we told you about how a guide dog puppy in training will be a regular on the Today show for the next 16 months. After his adorable debut on the show, viewers were asked to vote for their favorite out of a choice of four names. More than 80,000 votes were cast, and the overwhelmingly choice was Wrangler. The show also announced that you can keep track of what Wrangler’s up to when the show isn’t on the air by following him on Twitter. His handle is @WranglerTODAY. — Read it at Today