May 1, 2012: We've scoured the Web to find the best and most compelling animal stories, videos and photos. And it's all right here. 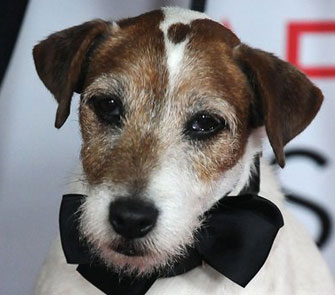 The Artist Star Uggie Plans to Tell All in a Memoir

The Jack Russell Terrier who stole the show during awards season has inked a deal to write Uggie: My Story. The pup, who also starred in Water for Elephants, may be a celebrity now, but he was bound for a shelter when his trainer adopted him. So whose paws will be at the keyboard? Human biographer Wendy Holden. — Read it at the Washington Post

Mei Xiang, a female panda at the National Zoo in Washington, D.C., is recovering after being artificially inseminated — a procedure that the zoo live-tweeted on Monday. It was the second try at the procedure on the 13-year-old panda in two days. Mei Xiang and her partner, Tian Tian, had one cub in 2005, who was conceived artificially. — Read it at Live Science

Exotic Zanesville Animals Must Go Back to Widow

After the state of Ohio exhausted its authority, the five Zanesville animals who survived after their owner released them from their cages before committing suicide will be returned to his wife. The animals, who are now at the Columbus Zoo, include two leopards, two primates and a bear. — Read it at USA Today

Koalas Get Protection Status in Australia

In regions like Queensland and New South Wales, koala numbers “have been taking a massive hit,” said Australia’s environmental minister, while explaining his decision to list the animals as vulnerable. The status will provide more protections for the Australian icon. — Watch it at MSNBC

The company is recalling its Diamond Puppy Formula dry dog food due to possible salmonella contamination. It’s the third type of dry food recalled by the company recently. To date, no canine illnesses have been reported. — Read it and get the details at ABC News

In a ruling that’s sure to stir controversy, Maryland’s highest court decided that owners of Pit Bulls or Pit Bull mixes are liable for damages caused to someone attacked by one of the dogs. Previously, the victim in a case had to prove that a dog’s owner knew he was dangerous. — Read it at WBAL TV