August 23, 2013: We've scoured the Web to find the best and most compelling animal stories, videos and photos. And it's all right here. 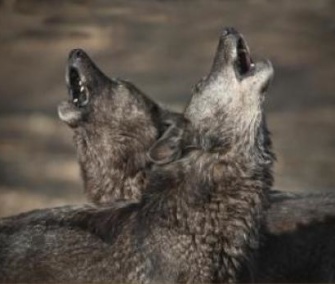 Francesco Mazzini
A study finds that wolves howl when their leader or a close packmate leave the pack.

Please, don’t go! A new study by researchers at the University of Veterinary Medicine in Vienna finds that wolves will howl longer and stronger if their pack leader or close partners leave the pack. The researchers experimented with nine wolves from two packs at the Wolf Science Center in Austria. They took each member for a 20-minute walk, and counted the howls from the wolves — which would start as soon as the animal was out of sight. Researchers said that the howls could be providing a way for the wolf who left to find its way back to the pack, and it could be a way of telling their packmate that they miss them. "What exactly their motivation is, we will never know," saidFriederike Range, one of study’s authors. "There is an emotional response in there, for sure.” The study was published in the journal Current Biology. — Read it at NBC News

Some birds appear to have adapted to the speed limits on their local roads and react to avoid collisions, much like they adapt to predators that live in their local area, according to a new study published in the journal Biology Letters. Because of this, making sure drivers follow the speed limit could help with conservation. "Strictly enforcing speed limits could reduce bird collisions,” said Pierre Legagneux, a behavioral ecologist at the University of Quebec. — Read it at Paw Nation

Since its founding 147 years ago, the American Society for the Prevention of Cruelty to Animals has responded to reports of animal abuse in New York. But now, the New York Police Department will take on that responsibility, incorporating it into their everyday law enforcement. This will reduce response times on complaints about cruelty, said ASPCA president and chief executive Matthew Bershadker. “We were not getting to cases for days or weeks,” Bershadker said. “The N.Y.P.D.’s policy, their practice, is to clear all complaints within eight hours.” The ASPCA will assist the police by providing treatment to abused animals, helping with forensic investigations and offering legal services. — Read it at The New York Times 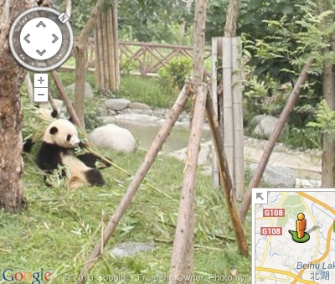 Google
Now you can see images from zoos around the world on Google's Street View.

Do you dream of getting to see the giant pandas who reside at the Chengdu Research Base in China? Now you can take a virtual tour of the facility using Google Maps and see the pandas with Street View. Google has added images to its Street View from several zoos and animal parks across the country and around the world, including those in San Diego, Atlanta, Chicago and Houston, as well as facilities in Brazil, Germany, Japan, Australia, the U.K. and more. — Read it from Google

Sunny in the Spotlight

In the world of canine news, the addition of Sunny, a 1-year-old Portuguese Water Dog, to the first family was a big story this week. News of the pup’s arrival at the White House broke on Monday night, and she’s been making headlines ever since. Here’s a roundup of a few we thought you’d want to see.

— Speculation runs rampant about Sunny’s origins. The White House said only that she was born in June 2012 to a Michigan breeder, and one report says she might have started life as a puppy named Pink. — Read it from New York Magazine

— Not everyone’s thrilled with the arrival … particularly cat lovers, who’d prefer to see a feline friend at the White House. — Watch it at CNN