Petco and PetSmart to Stop Selling Treats Made in China 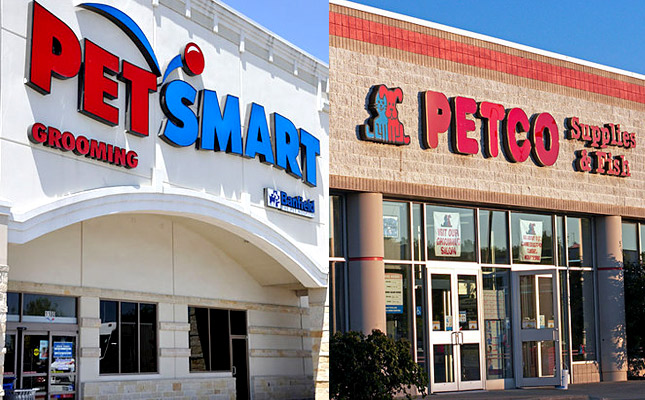 Major pet retailers Petco and PetSmart have announced that they will be eliminating dog and cat treats made in China from their store shelves amid ongoing concerns about their safety. Last week, the Food and Drug Administration said that since 2007, it has received more than 1,000 reports of dog deaths and nearly 5,000 reports of dog illnesses after the animals had eaten chicken, duck or sweet potato jerky treats made in China.

The FDA has long cautioned pet owners about jerky treats from China, but despite years of investigation, it has not been able to identify a specific cause of the pet illnesses. The agency is continuing to investigate and is partnering with the Centers for Disease Control and veterinarians from around the country in its efforts.

Petco said Tuesday it would remove the treats from its 1,300 stores by the end of this year. The company said its customers had urged it to drop Chinese-manufactured treats.

“We know the FDA hasn’t yet identified a direct cause for the reported illnesses, but we decided the uncertainty of the situation outweighs the lack of actual proof,” said Jim Myers, Petco CEO, in a statement.

PetSmart quickly followed suit, saying it planned to take Chinese-made treats off of its shelves by March 2015, reported the AP via ABC News. PetSmart has over 1,200 North American stores.

The FDA also said in its update last week that they’d detected the presence of the human antiviral drug amantadine in some jerky samples containing chicken. But, while the drug shouldn’t be in the treats at all, they didn’t think it had contributed to the illnesses.

In the cases reported to the FDA involving jerky treats, about 60 percent reported gastrointestinal or liver disease, 30 percent kidney or urinary disease, and the remaining 10 percent of complaints included signs of other problems such as neurologic, dermatologic and immunologic symptoms, according to the agency’s update. About 15 percent of the kidney or urinary cases also tested positive for Fanconi syndrome, a rare kidney disease.

The FDA has recommended avoiding jerky treats and urges people to call their veterinarian if they suspect a problem.