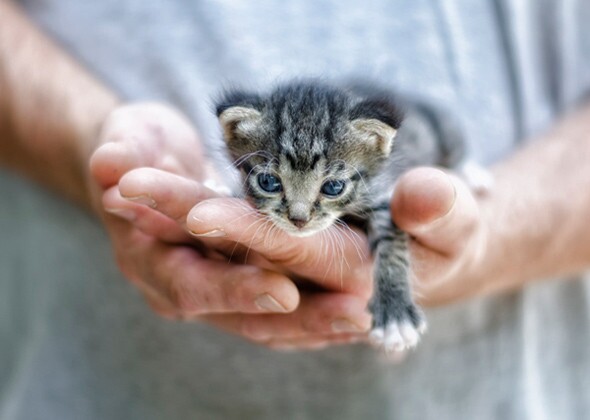 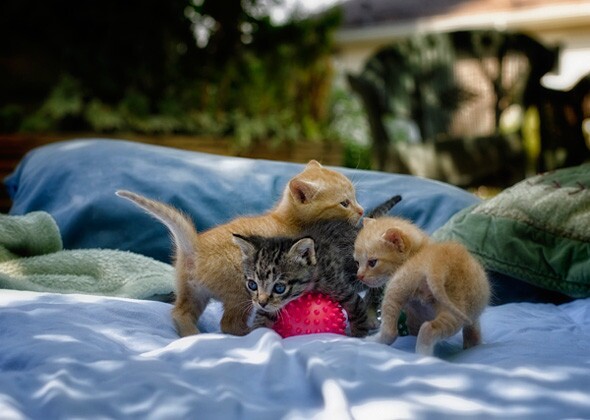 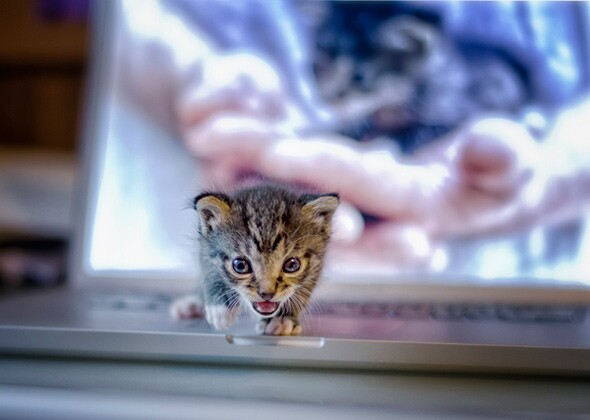 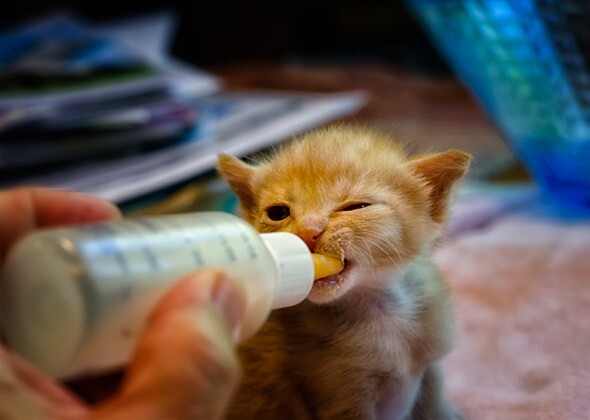 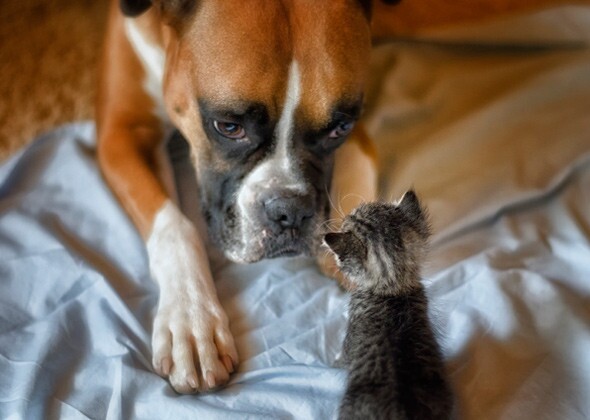 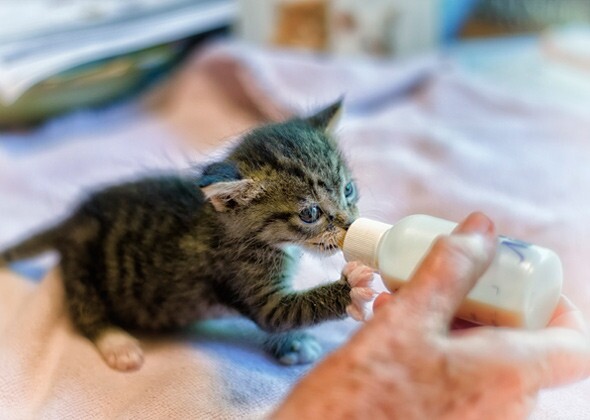 When photographer Scott Allan heard meowing coming from an old wood pile in his yard in Coeur d'Alene, Idaho, he had no idea he'd be in for triple trouble.He found one kitten, who weighed less than half a pound. "Initially when we saw the first one, it was like, holy cow. Oh gosh, this is pretty darn young. What do I do?" Allan recalls. He took the tiny thing to a veterinarian, who said the animal was about 3 weeks old.

"When we found the second one, I didn't mind the idea of having two, so they could have each other to play with. But when the third one came, we just thought, where is this stopping?"

Allan made some images of the feline brothers and posted them on his Facebook page. The rest is history. Thousands of people have liked, shared and commented on his pictures of the kittens, and Buzzfeed sent their story viral.

"The response has been mind-boggling," Allan says. "People are writing from all over the place. I got one last night from Australia. I wish I had time to write every one of them back."

Commenters begged Allan not to separate the trio, whom he named Thunder, Lightning and Stormy. So now Allan (and his elderly parents, who he said get a kick out of playing with the little critters) are proud permanent owners of the 6-week-old kittens.

"We're not looking forward to triple the vet bills," he confessed. "But let's let them have each other, and make the best of it."