Photos of Baby and His Rescue Dog Go Viral

Have you met Zoey and Jasper yet?

“Zoey is a 7-year-old rescue mutt from Taiwan,” Grace Chon explains on Tumblr. “She loves hiking, playing fetch with her toy squirrel, eating crumbs off the floor, and Jasper.

“Jasper is a 10-month-old Chinese-Korean mutt from Los Angeles," adds Chon (who happens to be Jasper's mom). "He loves going for walks, eating pancakes and meatballs and yogurt and oatmeal and cereal (sometimes all together), and his best furry friends Zoey and Maeby.”

This adorable duo have quickly become rising stars of the Internet with their creative matching outfits.

In January, Chon, a Los Angeles–based commercial photographer, started snapping the two wearing everything from aviator glasses to rainbow headbands and party hats for her series, “Zoey and Jasper: A Rescue Dog and Her Little Boy.” She shares the photos on Tumblr, Facebook, Instagram and her website. 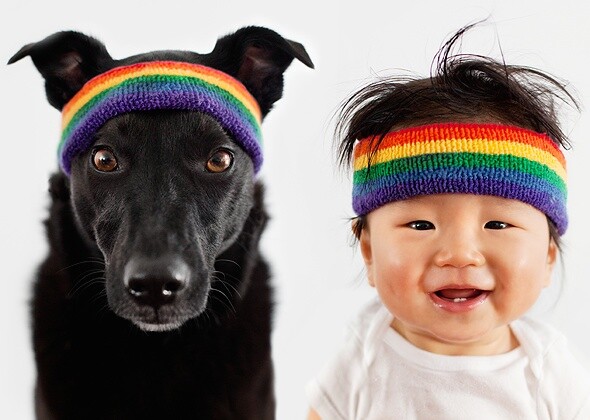 Guess which one of us likes to work out? (Here’s a hint, it rhymes with Shmasper.) xoxo Zoey and Jasper 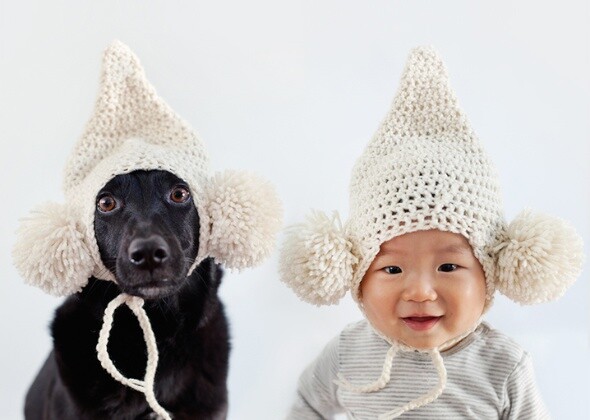 All you need is a best friend and a silly hat. xoxo Zoey and Jasper 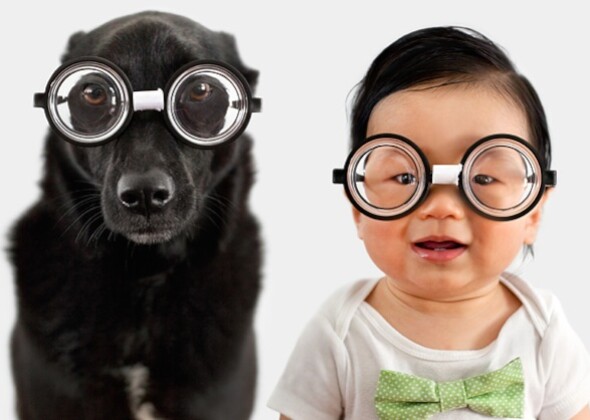 Be cool. Stay in school! xoxo Zoey and Jasper 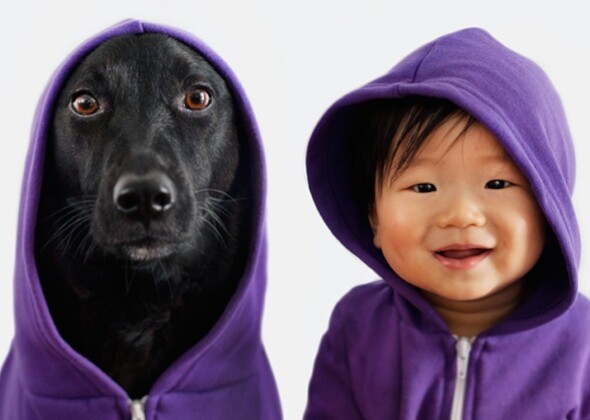 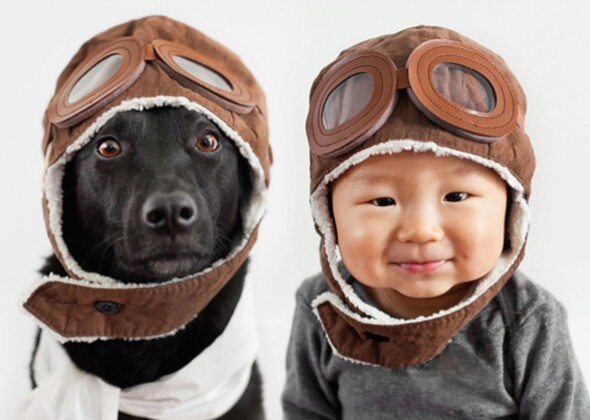 Never go on adventures without your trusty sidekick. xoxo Zoey and Jasper 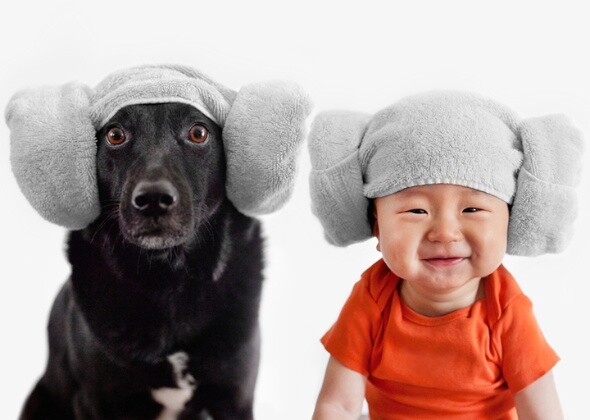 Korean sauna is fun with your best friend! xoxo Zoey and Jasper

“Zoey loves wearing clothes and loves the camera,” Chon told Today. “She will dance around when the clothes come out, and she’ll go running over to her little spot as soon as I have my camera.”

Chon has been thrilled with the response to her photos. She’s been happy to have a platform to advocate for rescue dogs, and especiallytoportray a black rescue dog in a positive light. Black dogs often take longer to find forever homes because of misconceptions that they’re more aggressive or because of superstitions about black pets.

Chon's photos not only show a rescue dog in a good light — they also demonstrate a safe way to photograph a baby and a dog together. Her decision to pose Zoey and Jasper in matching outfits is much less dangerous than some other photos that have gone viral (babies and dogs with their faces together, for example, or sharing food). While those pictures include potentially problematic interactions between kids and dogs, Chon's photos just show two good friends enjoying life.