Protect Yourself From the Puppy Scam 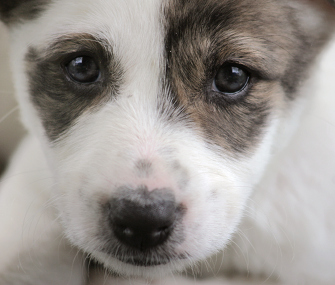 As part of an ongoing series for Vetstreet, award-winning consumer reporter Mitch Lipka tackles common scams that target pet owners. This week, he discusses how you can avoid being conned by people pretending to sell must-have puppies.

You’ve decided that it’s time to get a new dog. Or maybe you’ve spotted a flyer that tempts you into believing that there’s a dog out there that’s meant for you.

That desire is exactly what makes you a prime target for the cute puppy scam.

The Scenario You see an ad for a puppy that you’re interested in buying. It will most likely be a desirable breed — and there will be some backstory to the dog that's meant to tug at your heart.

Way the Scam Works The scammers want you to really fall in love with the puppy, so they’ll tell you everything that you want to hear. It’s adorable, housebroken and they paid a lot of money for it. But the dog is in desperate need of a new home for some of these reasons:

So not only are you in line to get the dog of your dreams, but you’re also helping someone out and ensuring that the animal doesn’t get abandoned.
“People who want puppies, especially purebred puppies, are pretty emotionally invested,” says Cori Menkin, an attorney for the APSCA.

But before you can get the puppy — who will never be anywhere nearby – you’ll have to send money (usually by wire transfer) to cover transportation costs, a veterinary exam and any required vaccinations. Ultimately, what the scammer really wants to do is just make off with your money.

How to Protect Yourself Menkin says that the simplest way to avoid a scam like this is to not pay money for an animal that you haven’t seen in person. She also warns of other variations of the scam that involve puppy mill dogs who are presented as healthy, purebred animals.

“Obviously, we encourage people to never, ever buy a puppy over the Internet,” says Menkin, who says it's common for shady sellers to set up online transactions for puppies of all sorts. “It’s not presented as anything other than a normal, viable way to get a dog,” she says.

“We also advise consumers to make adoption their first option,” says Menkin. “But if you’re going to go to a breeder, you have to see the facility first. A responsible breeder will never ship you a puppy sight unseen.”

Mitch Lipka is one of the more widely read consumer reporters in the country. He's written for The Boston Globe, Philadelphia Inquirer, Consumer Reports and AOL. He was the 2010 winner of the New York Press Club award for best consumer reporting online. Mitch has a dog and two cats.