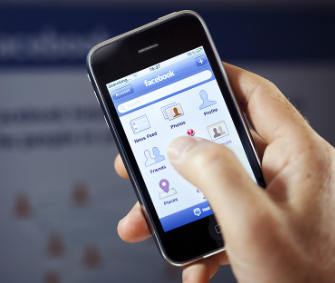 Despite its popularity, Facebook still drums up its fair share of complaints from its legions of users about everything from hacked accounts to overzealous status updates from new parents about a baby’s first burp.

But the social networking pioneer — along with Marketplace partner Oodle — played hero recently when they teamed up with the ASPCA to eradicate unregulated puppy mill advertisements from the website.

Pet stores have long supported these questionable breeders says Cori Menkin, senior director of the ASPCA Puppy Mills Campaign, but the Internet has made matters worse. Online businesses are even harder to police and, depending on the state, are not even required to be licensed.

Last year, the ASPCA noticed that Facebook’s Marketplace was becoming a major hub for puppy mill sales. “Before we approached Facebook, we had prepared to launch a fairly massive campaign about them,” says Menkin. “Then we reached out to them on the off chance that they would be receptive and they were! Facebook and Oodle both were great.”

That was just three months ago — and a system has already been implemented that specifically restricts puppy mill ads, as opposed to rehoming or adoption posts.

While the technical aspects of the filtering system can't be disclosed to prevent people from maneuvering around it, the ASPCA is thrilled that already more than 10,000 ads have come down.

How You Can Avoid Puppy Mill Purchases

This latest action is part of a larger initiative launched by the ASPCA in the summer of 2011 called No Pet Store Puppies, which asks people to pledge not to shop at any stores that sell puppies instead of offering adoption services. (Fast fact: There are about 5 to 7 million dogs and cats who enter shelters each year and need homes.)

If you have your heart set on a certain breed or puppy, the ASCPA offers some guidelines for differentiating responsible breeders from puppy mills. For instance, reputable breeders should screen breeding stock for diseases and aggression, as well as have a working knowledge of genetics.

As for how consumers can tell a humane breeder from a puppy mill, Menkin has some tips.

“You have to do your homework, and also ask any breeder a lot of questions," she says. "Go to the home, observe the mother, make sure they’ve done genetic testing and speak to references. A waiting list is a good indicator that they’re not churning out puppies. And a good breeder isn’t going to ship a puppy without ever meeting you because they want their dogs to have good homes."