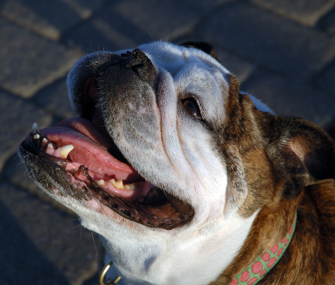 “What breed do you think she is?”

Every veterinarian gets asked this question at least once a day. And it’s one that tends to elicit more of a bemused response than anything else. After all, guessing a pet’s breed is just that — a guess.

But people really want to know. I believe it’s because Americans love definition in our pets — especially when it comes to our canines. For the majority of U.S. dog owners, it’s essential that their pets emerge from specific bloodlines, which isn’t a bad thing in and of itself.

Humans have always loved to classify and categorize animals to serve both form and function, but Americans, as a breed, enjoy putting their individuality on display. And what better way to signal who we are than through our choice in best friends?

Here's the problem with that line of thinking: Our demand for purebred friends is so great that we’re willing to overlook some pretty nasty things that come attached to their provenance.

I’m willing to go on record and say that I generally observe at least one genetic disease in nine out of 10 purebred patients during their first examination with me.

It’s true that my mixed breed patients suffer relatively high rates of genetic disease, too, but it's usually as a result of their discernible purebred parentage. In fact, my Labradoodle patients (not to pick on this adorable mix) have a high rate of hip dysplasia and allergic skin disease, just like their parent breeds.

We can chalk a lot of this up to line breeding, the failure to adequately test parents for genetic diseases and the trend among show breeders toward increasingly exaggerated features. Case in point: The English Bulldog of the 1930s bears little resemblance to the flat-faced modern varietal.