Rabid Reflections: Why Human Medicine Should Take a Page From Vet Med’s Playbook 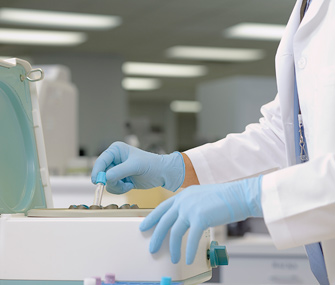 When a patient in Maryland died of rabies thisyear, the nation was shocked to learn he’d been infected by a donated organ. Though this news, delivered just last month, was a harsh blow to the transplant community and stunning news to the world of infectious disease in general, no group was more impressed, perhaps, than the veterinary set. What we couldn’t wrap our heads around was this: How did a young outdoorsy donor who’d died of a neurological condition of unknown origin manage to evade rabies testing? After all, any veterinarian worth his salt would’ve pounced on the possibility of rabies, ever so slim though its odds might’ve seemed.

Nonetheless, it’s my impression that most pet owners assume veterinarians in the U.S. think no more of rabies than comprises the occasional stray thought associated with routine vaccination. But they’d be wrong.

Your Vet Is Always on the Lookout

Veterinarians who care for mammals — anything from anteaters and Burmese cats to yellow Labs and zebras — are trained to be on the alert for the possibility of any disease known to cross the species divide, rabies foremost of these for its endemic status (it’s always lurking in our wildlife species!), not to mention its extraordinary deadliness.

Apparently, this degree of vigilance is not necessarily the case within human medicine in the U.S., where rabies is viewed more as a “zebra” (a clinical rarity) than a significant threat. Which is why many more patients probably die of rabies in the U.S. than we know (according to the CDC, as of 2012, only one or two cases of rabies are reported in humans annually in the U.S.) and one reasonwhy organs are not routinely tested for this devastating disease.

Tragically, this latter assumption has killed many times here in the U.S.: one so far thisyear (three more patients are on watch and being treated with rabies vaccinesafter receiving transplants from the same donor) and another four back in 2004. According to the CDC, a total of four cornea transplant cases have historically ended in rabies transmission.

My point? Here’s an instance where human medicine should take a page out of the veterinary playbook.

Because rabies is a near-universally lethal disease, veterinarians are trained to automatically label all mammalian patients with unknown vaccination status who display central nervous system symptoms as rabies suspects. Seeing as it’s hard to question animals about their bite history or exposure to heavily affected wildlife species such as raccoons and bats, it only makes sense we’d take this tack to protect humans and animals who might come into contact with these patients.

Unfortunately, rabies is tough to find on the fly. Diagnosis takes not just presence of mind; it takes time, too. And in a transplant scenario, when time is of the essence, testinga dying patient may take too long for much-needed organs to remain viable.Which makes it hard for physicians to find fault (at least on record) with the Florida docs who failed to submit tests that would’ve prevented this last transplant patient’s death. In an effort to prevent this from happening in the future, the United Network for Organ Sharing recently released new guidelines recommending caution when considering organs from any patient with signs of encephalitis, an inflammation of the brain that can be a sign of rabies.