Rehabilitated Sea Turtles Head Back to Their Ocean Home 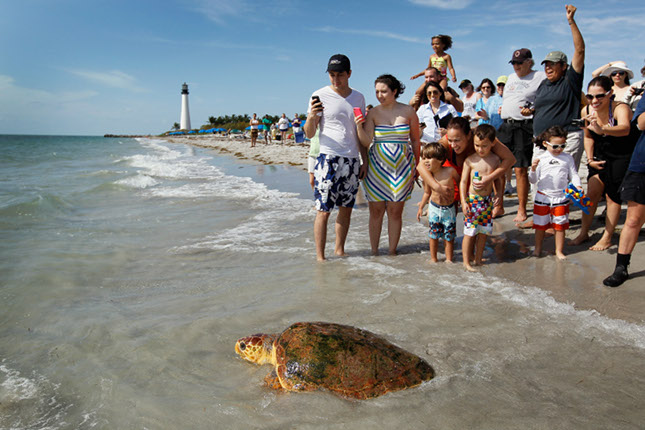 Two female loggerhead turtles ventured back into the wild Tuesday after spending more than two months in a rehabilitation program in Florida. When the 10-year-old turtles, dubbed Grinch and Eve, were found in December, they were weak, covered in barnacles and infested with parasites, The Miami Herald reports. The largest population of this federally-protected species lives in the Sunshine State. After some TLC at the Miami Seaquarium's Turtle Rescue and Rehab Program, Grinch and Eve were ready for their return to the sea. Cheering crowds gathered on the beach at Bill Baggs State Park in Key Biscayne, Fla., to send the turtles on their way. 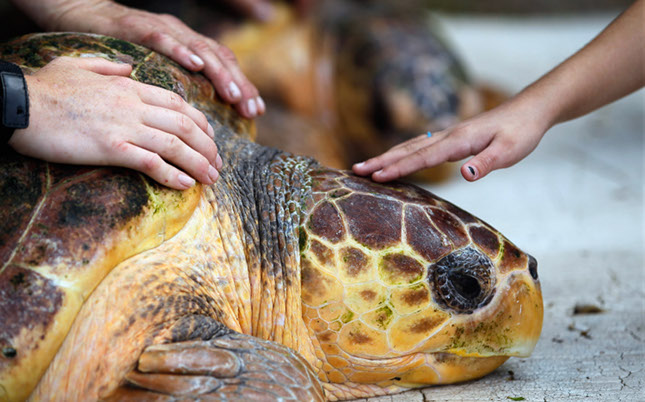