Home ›
Our Pet Experts ›
Roxanne Hawn ›
Say What? 11 Wacky-Sounding Veterinary Terms and What They Mean

Say What? 11 Wacky-Sounding Veterinary Terms and What They Mean 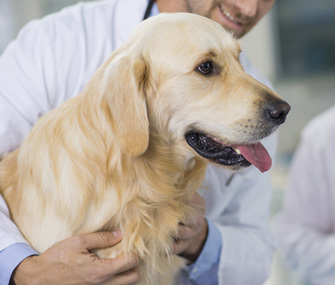 Veterinary medicine requires a huge vocabulary. Beyond the typical doctor-speak, you’ll find some strange-sounding terms. As proper nouns, some of these words won’t help your Scrabble score. However, they might provide some amusing dinner conversation. Many thanks to the veterinarians from Colorado State University, University of Tennessee and Wheat Ridge Animal Hospital for answering the call for weird words. We enjoyed a chuckle when one veterinarian replied, “None that are publishable!” From funny names for body parts to words that mean normal or not-so-normal bodily functions, check out these 11 wacky-sounding veterinary terms.

ADR is an acronym for “ain’t doing right.” It’s the opposite of BAR, which means “bright, alert and responsive.” Veterinarians use ADR to indicate a pet isn’t doing well or is not as well as expected.

BDLD means “big dog/little dog.” Emergency and critical care veterinarians use the term as shorthand for a type of dog bite or attack (as in, big dog versus little dog). It reflects the nature and severity of injuries sustained by the smaller dog.

Borborygmi is a silly-sounding word for the normal gurgling digestive sounds veterinarians can hear when they listen to your pet’s tummy.

Eupneic may sound like something terrible, but it simply means an animal is able to breathe normally.

Flocculonodular lobe is part of the brain near the back of the cerebellum. It plays a role in balance and equilibrium.

Mittendorf’s dot is a spot on the eye’s lens caused by a congenital anomaly.

Pervious urachus sounds like an ancient emperor’s name, but it means a tubular urinary structure that remains open rather than closing at birth.

Ptyalism is just a fancy word for drooling.

Uberschwinger artefact is a rebound effect in a digital X-ray that looks like “something” but really isn’t.