Home ›
Our Pet Experts ›
Dr. Ernie Ward ›
Scientists Find That Flea Prevention May Help Protect You From Some Serious Illnesses 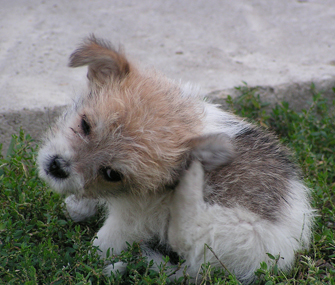 The war on fleas just got more personal. New research published by the Bartonella research team at North Carolina State University’s College of Veterinary Medicine now connects the Bartonella infection to rheumatoid illnesses in people. Bartonella is a bacterium found in fleas, ticks and other biting insects. You may be familiar with Bartonella henselae, which causes cat scratch disease (CSD). Add it all together and fleas may be to blame when it comes to certain human illnesses, such as rheumatoid arthritis.

In a study to be published in the May 2012 edition of Emerging Infectious Diseases, 62 percent of nearly 300 people suffering from a variety of rheumatoid illnesses were found to have antibodies against Bartonella, and 41 percent had DNA evidence of the bacteria in their blood. About 85 percent of the patients reported contact with dogs, and 68 percent had comingled with cats. Plus, over 77 percent had been exposed to ticks, and 68 percent stated that they’d been bitten or scratched by an animal.

The patients had been previously seen by a rheumatologist and diagnosed with such illnesses as Lyme disease, chronic fatigue, various arthralgia and arthritis conditions, and fibromyalgia. (Researchers are also concerned that Bartonella may be directly involved in causing illnesses in the cats and dogs that serve as hosts for the bacterium.)

Although the scientists did not evaluate the role Bartonella might play in these diseases, they hope that physicians treating such patients will start to look for Bartonella infections to determine the link between this vector-borne disease and others.

Unfortunately, it isn’t always easy to diagnose bartonellosis. For years, researchers had speculated that it was involved in a wide variety of inflammatory conditions, but they didn’t have tests that were sensitive enough to detect it. But thanks to some advances in technology, we're beginning to look more closely at Bartonella.

Four years ago, a group led by NC State veterinary researcher Dr. Edward Breitschwerdt, DVM, created a special test that finally allowed extremely sensitive and accurate testing for Bartonella in animals and humans. Curious to hear more about this revolutionary work, I spoke to Dr. Breitschwerdt.

“Until recently, CSD was thought to be a self-limiting infection, and historical blood culture techniques were not sensitive enough to detect bartonellosis in immunocompetent dogs, horses or human patients,” explains Dr. Breitschwerdt.

Based on his new findings, Dr. Breitschwerdt concludes that “bartonellosis is a critically important emerging disease for both human and veterinary medicine. Understanding and addressing the many important questions relative to this genus should be a ‘One Health’ priority.”

Dr. Breitschwerdt calls Bartonella “a game changer in the context of fleas as vectors of these bacteria, which can cause disease in cats, dogs and humans — although much more work needs to be done relative to the transmission dynamics of Bartonella to pets.”