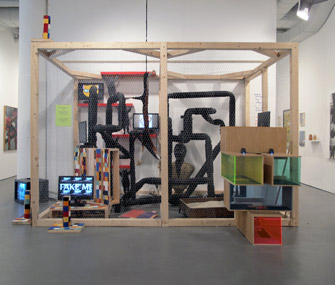 “The Cat Show,” at the renowned White Columns alternative art space in New York, is a feline art exhibit that’s 14 years in the making.

It all started in the 1990s when artist Rhonda Lieberman, the show's curator and a self-described “out and proud cat lady,” was living in Long Island City, N.Y., and noticed that the city was riddled with street cats. At dusk, the feral cat colony on her street would turn into a “cat party,” and Lieberman enjoyed feeding and caring for her feline neighbors. But as her neighborhood started redeveloping, the cats were pushed out and had nowhere to go — not even shelters.

“I was really in tune to what happens to homeless cats in the city,” Lieberman told Vetstreet. “Rescues were overextended and overflowing with cats.”

Art, she believed, could help solve this problem.

Lieberman set out to create a space that was more appealing and aesthetic than a cage, so she reached out to artists and designers to help her create a feline habitat that would showcase adoptable rescue cats.

The artists and designers loved the idea, but art galleries in New York were not so excited. None of the galleries she pitched the idea to were willing to host rescue cats.

After pitching her installation to art spaces for more than a decade, Lieberman finally got a break. In August 2012, the famed Walker Art Center in Minneapolis, Minn., hosted the Internet Cat Video Festival. The event, which featured viral cat videos like fan-favorite Henri 2, Paw de Deux, proved to be wildly popular and gave Lieberman the motivation to pitch her cat art installation to galleries again.

Suddenly, galleries weren’t so apprehensive about hosting cats. White Columns agreed to allow the cats on the premises as long as they could also feature cat-related art.

Take a Tour of "The Cat Show" at White Columns 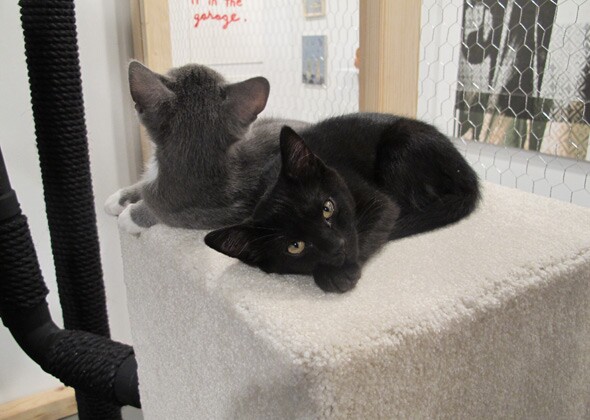 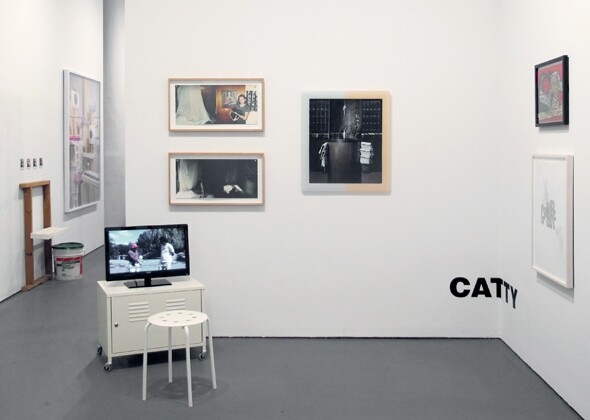 More than 50 artists contributed to "The Cat Show" installation. Here's a view of the "catty" corner. 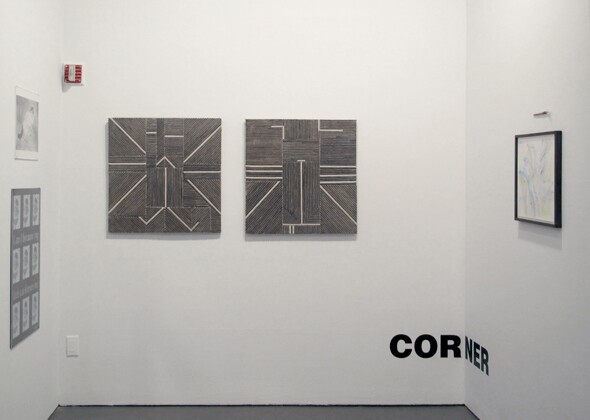 The exhibit, curated by artist and self-proclaimed "out and proud cat lady" Rhonda Lieberman, raises awareness about strays and rescue cats. 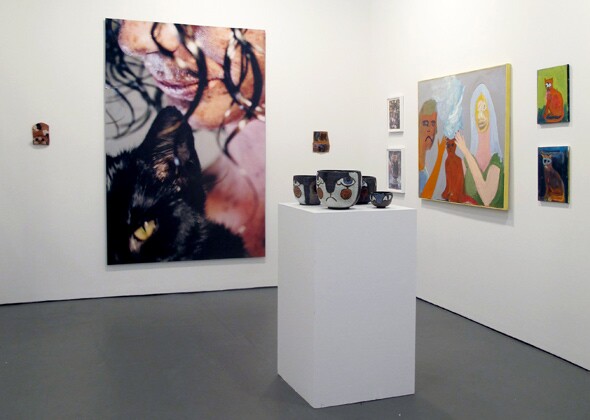 Curator Rhonda Lieberman hopes that the art helps reinforce our love of cats. "Next to a Warhol, stray cats look like a million bucks," she says. 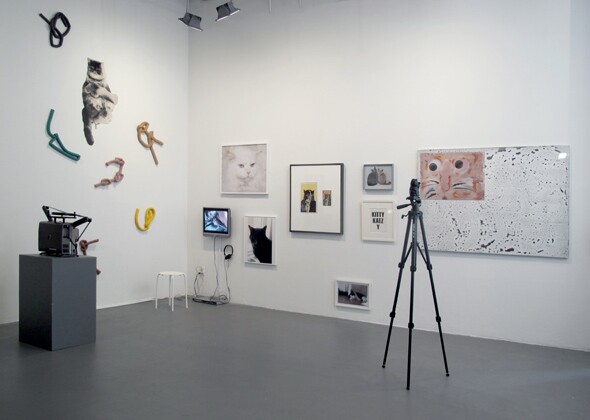 From oil paintings to short video clips, art at the installation comes in almost every medium. 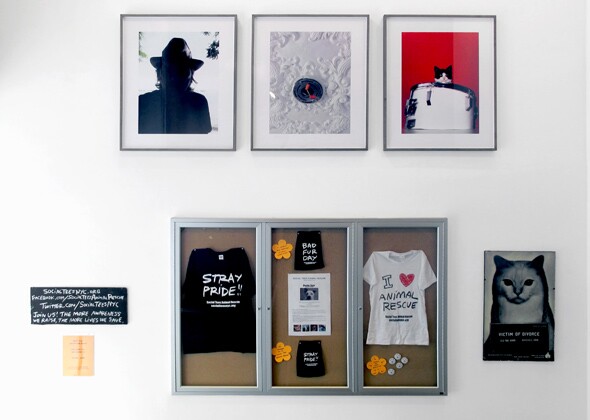 The exhibit's adoptable "purr-formers" were donated by Social Tees, a nonprofit, no-kill shelter in New York. The shelter chose cats who were sociable and got along with each other. 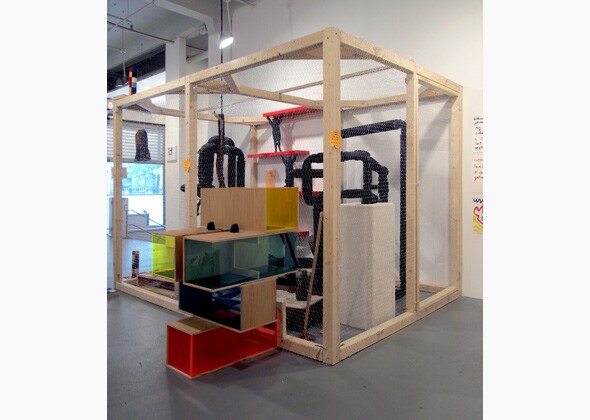 The specially designed kitty enclosure is covered in chicken wire and has room for four to five people to stand inside and interact with the adoptable cats. 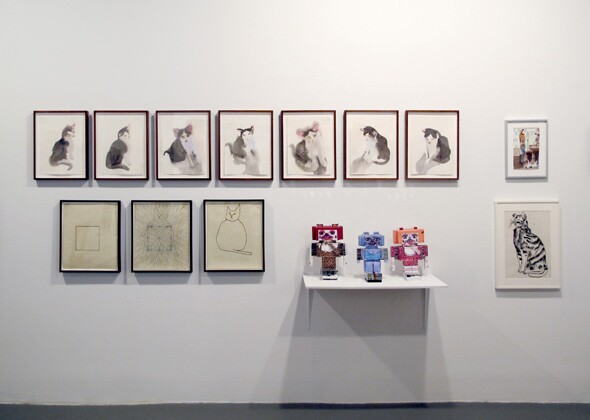 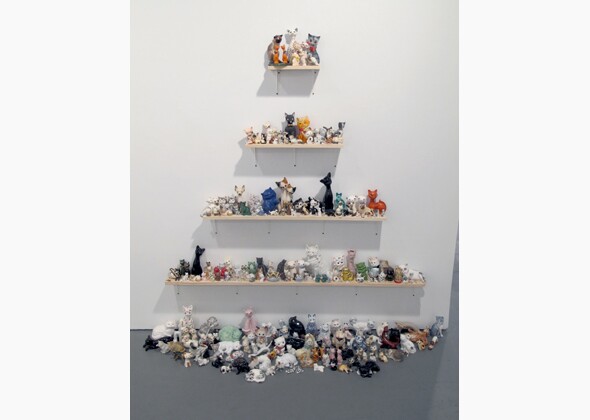 These adorable felines are from the personal ceramic cat collection of T. Cole Rachel.

The Cat Show opened on June 14 and runs through July 27. Besides the designer cat enclosure, the exhibit also features pieces of art by more than 50 different artists.

“The art kind of proliferated like a feral cat colony — it organically unfolded," says Lieberman.