Home ›
Our Pet Experts ›
Shayna Meliker ›
Should Animal Abusers Be Registered Just Like Sex Offenders? A Maryland Legislator Thinks So

Should Animal Abusers Be Registered Just Like Sex Offenders? A Maryland Legislator Thinks So 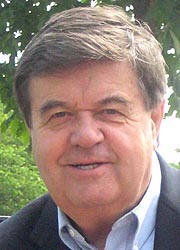 Maryland may soon be the first state in the country to launch a registry for animal abusers. As early as next week, State Senator Ron Young plans to introduce a bill mandating that people convicted of animal abuse in Maryland submit their information to a registry, similar to the one for sex offenders. The program would collect the convicted abuser's photograph, fingerprints and address, and charge them $50 a year to fund the registry. If they aren’t convicted of another animal abuse crime for 10 years, they could request to be removed from the list. The registry would be available on a web page run by the Maryland Department of Public Safety.

“It can be posted for the protection of neighbors and their animals,” Young says. “And also, it can be used by pet stores and humane societies, to not allow these people to come and pick up another animal.” Maryland is ranked No. 15 in the nation for its animal protection laws, according to a new list released by the Humane Society of the United States.

Other states are also working on abuser registration. New York's Suffolk County actually pioneered the concept when it was approved in October 2010, but has yet to add offenders to the registry. A state senator in Florida has introduced a similar bill, called “Dexter’s Law.”

Young, who represents Frederick County and part of Washington County, cited local crimes against animals as evidence that the act is necessary. In his hometown, Young says, someone shot and killed a beautiful dog with a bow and arrow. In Baltimore last week, a man threw a Yorkshire Terrier 50 feet off a townhouse balcony. 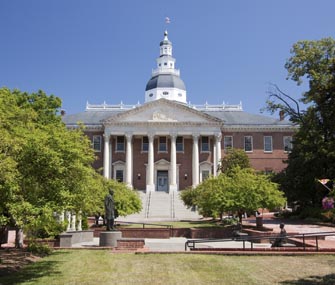 “These crimes grab people’s attention here in Maryland,” he says. “I’m sorry that happens, but it just emphasizes the need for something like this.”

The senator saw that need while attending Humane Society meetings and talking about protection for animals. His wife used to serve on the board of the Frederick County Humane Society, and they have three rescue dogs: two German Shepherd mixes and a Labrador Retriever.

As for the future of the bill, Young hopes to have it back from the drafting department early next week, and then introduce it with cosponsors by the end of the week, if he can. The state senate is only a few weeks into its 90-day session, and Young says he’d like to see it approved by the senate and House of Delegates before this session ends, so it can start protecting animals as soon as possible.