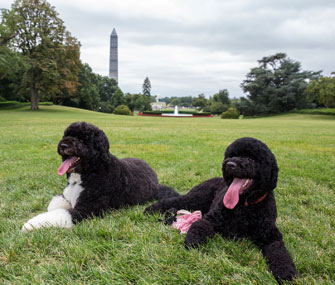 With a week left to go before she moves out of the White House along with her family, the Obama’s younger Portuguese Water Dog had a bad day on Monday. Sunny, apparently bit an 18-year-old girl who was a guest of the first family, when she tried to pet the dog.

The president’s physician, Dr. Ronny Jackson, thought it was necessary to close the wound with a few stitches. The girl’s name hadn’t been released, but she posted photos of the gash above her cheekbone on social media.

The unfortunate incident comes as the beloved first dogs have been celebrated before their departure from the spotlight at 1600 Pennsylvania Avenue. — Read it from AFP via Yahoo