Home ›
Our Pet Experts ›
Dr. Wailani Sung ›
Surprisingly Common Ways We Misinterpret What Our Pets Are Telling Us

Surprisingly Common Ways We Misinterpret What Our Pets Are Telling Us

In cats, this is even more true. When a cat rolls over to show you her abdomen, it is a sign that she feels really comfortable with you. It is not, however, an invitation to rub her belly. Many people are surprised when they try to do so and the kitty grabs their hands and bites them or kicks out at their hands with their back legs. Like a dog, a cat who rolls over on her side is often indicating comfort and deference (a submissive behavior). She is indicating that she is not aggressive and is trying to appease you or another cat. Despite how we may like to interpret the behavior, however, it is important to keep in mind, especially with cats, that she does not necessarily want you to follow up with physical contact! 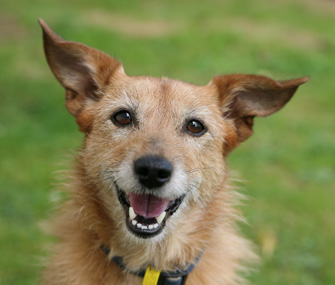 Thinkstock
We usually recognize a dog as smiling when he's panting with his mouth open and has a relaxed expression on his face.

What is a smile in a dog? For many people, it is a dog panting with an open mouth and a relaxed expression on his face. For other people, it is when a dog approaches them and shows them their teeth prior to receiving attention or getting a treat. In these situations, the dog’s lips are pulled back toward the rear of the jaw exposing some of their pearly white incisors and canines. This is different from a snarl, in which the lips are lifted up vertically and the nose becomes wrinkled to show you the canines. This is usually accompanied by a stiff facial expression and body postures. What some people consider to be a smile, however, is not necessarily an indication of a happy dog. In the first described scenario, that might be the case. But dogs express their emotions in different manners compared to humans and it’s best to be very cautious. Keep in mind, we are the only species known to bare our teeth in order to show happiness. In other animal societies, baring teeth is a sign of threat! 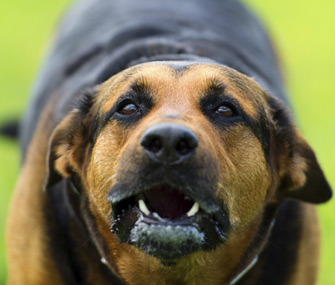 Thinkstock
Dogs usually raise their hackles when they are wary or cautious, but it doesn't necessarily mean that they are going to attack.

Hackles being raised in a dog (veterinarians call this “piloerection”) is not always an indication that the dog is about to attack another dog. Dogs often raise their hackles when they are being wary and cautious but not always before they attack. A dog may approach another dog slowly with his hackles raised, then greet the other dog with a play bow! When a cat has his tail “puffed” out, that is a sign of high arousal as well. It also does not always mean the cat is about to attack. The puffed tail can occur due to the sight of another cat or animal or upon hearing a certain sound. My cats, for example, have exhibited “piloerection” when they see stray cats on our deck or hear strange noises coming from my husband’s laptop. However, in both species, I would recommend monitoring the animals carefully and limiting interactions with them until they have calmed down. If a dog or cat is in a state of high emotional arousal, give him or her space to relax to avoid setting off an undesirable reaction.

I hope these comments have been useful and given you some helpful insight into your pet’s behaviors. Knowing what your pet’s behavior really means can only help build a stronger relationship between you and your four-footed companion — and that is the goal of every veterinary behaviorist.