Home ›
Our Pet Experts ›
Shayna Meliker ›
Swagger, Be Our Valentine

Swagger, Be Our Valentine 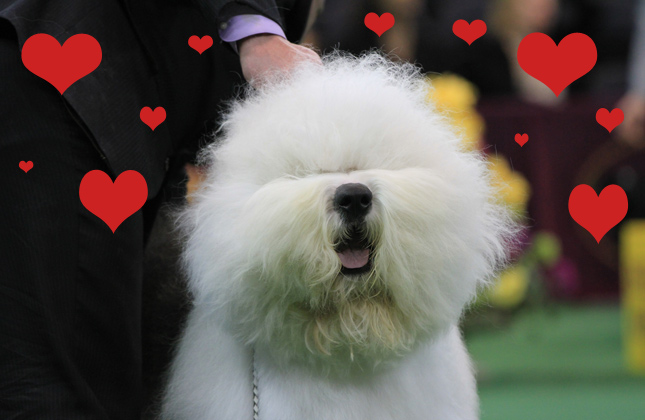 Now, we're not just referring to his impressively monstrous mop of hair, which is, of course, big. When announcer David Frei called the Old English Sheepdog, it sent the crowds at Madison Square Garden into a complete tizzy. He was far and away the fan favorite of the night. 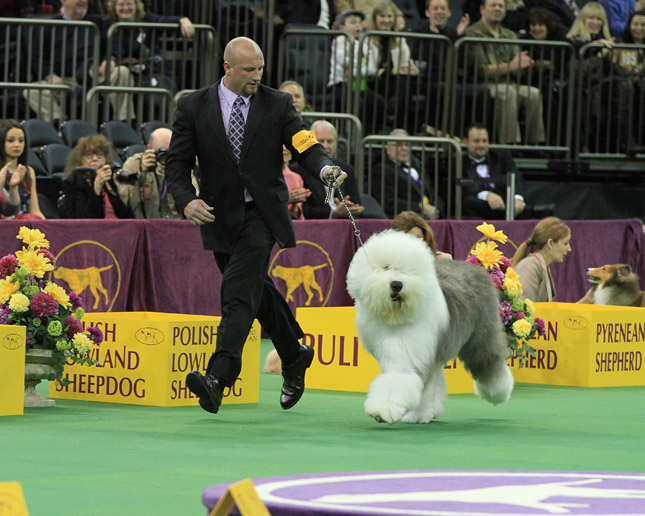 Unfortunately, the audience doesn't get to pick Best in Show. (Nothing against you, Banana Joe. You were awesome too.) Swagger did end up taking home the first runner-up award in Westminster history, called Reserve Best in Show. That's pretty amazing, considering the 20-month-old Sheepdog from Colorado Springs, Colo., hadn't yet won a championship before hitting the Westminster ring. This was the first year that the prestigious show even allowed those kinds of novice dogs, called "class dogs."

Host David Frei explained: “It’s a big upset of sorts because it was a dog that people didn’t know about, because it came in as a class dog and not as a big winning champion, but a beautiful dog." 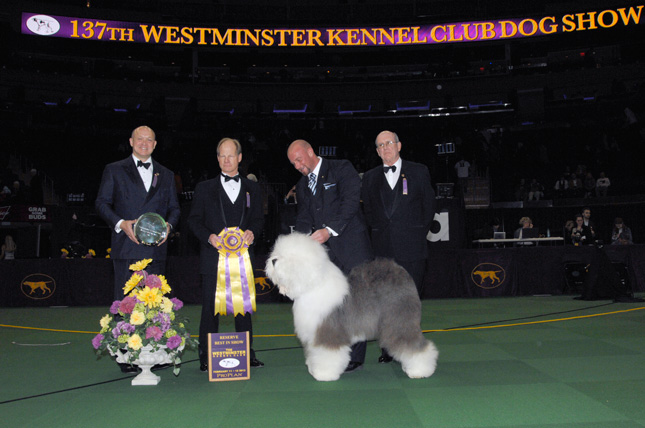 Beautiful is right. Banana Joe may have captured the silver plate, but Swagger captured our hearts.

There's only one thing left to say: Swagger, will you be our Valentine?