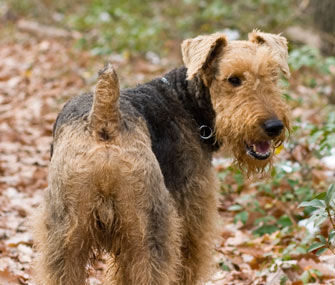 As a dog lover, I’ve never been a fan of tail docking. It seems wrong to remove an animal’s tail in the absence of a compelling medical reason to do so. But as a veterinarian, I’ve had cause to like it even less. My repugnance is perhaps understandable given that as a young veterinarian I was pressed into performing this service. At more than one past place of employment (over whose policies I invariably held little sway), prospective clients would call to solicit pricing before presenting their two-day-old litters. The brow-beaten me would then lop off each slinky tail for less than the price of your average Starbucks card.

It was not a proud moment in my career. Less so seeing as I’d been lulled into thinking veterinary graduates could control their own practices in keeping with their own personal ethics. To my chagrin, I’d soon learned that veterinarians have to play by local rules. (More so when a student loan payment the size of a mortgage looms large at the cusp of each month.)

What was worse than feeling forced into dishonorable servitude, however, was the fact that I’d also enjoyed little control over the surgical procedure itself. When one practice owner learned that I’d been pilfering the local anesthetic stores to inject teensy tail bases, she’d called me out (“That doubles the cost of each dock!”) and later taken to hiding the stuff unless I possessed a “legitimate” need.

No wonder I hated hearing that a laundry basket full of baby Schnorkies was headed my way!

In fact, despite having since risen to a professional standing that allows me to dictate my own medical practices, I’ve yet to shake off the certain dread that accompanies a batch of newborn Boxers. After all, I know somebody somewhere is going to slice their tails off with a scalpel, laser, scissor, constrictive band… or worse.

What About the Pain?

Yes, in spite of my own personal revulsion to the tail dock, I’m well aware that plenty of dog owners are its staunch advocates, and a healthy population of veterinarians is comfortable performing it.

Some stand by the procedure’s brutish simplicity (“They only cry for a little while”), while others hold up their preferred breed’s celebrated aesthetics and cite the dock’s historical significance as justification.

Uncomfortable with any unnecessary pain or bloodshed, still others bend backward to make it ethically acceptable to them. These are the veterinarians who apply modern anesthetic principles to an undeniably painful procedure (and the breeders who seek them out).

The preponderance of good intentions here explains why I’m loath to label all tail docking proponents morally indefensible. After all, whenever careful concessions are made to an animal’s comfort, I’ve got to assume thoughtful inquiry has accompanied them.

Does It Really Reduce the Risk of Injury?

Then there’s the rational school of thought to consider. This camp points to the animal’s function as grounds for docking. Preemptive tail amputation, they argue, is a necessary medical procedure for breeds of dogs that hunt and fight for a living. As such, tail docking is medically motivated and should therefore be supported by the veterinary community at large.