Teen's Invention Helps Keep Dogs Happy While Their Owners Are Away 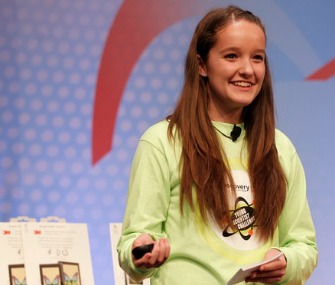 While many teenagers are dreaming about the lazy days of summer, 14-year-old Brooke Martin is looking forward to a summer of patents, production lines, distribution and marketing. But Martin doesn’t mind. This precocious Spokane, Wash., teen has been working for nearly two years to launch her invention, iCPooch, an Internet-enabled device that lets dog owners remotely video chat with their pets and deliver a treat to them, all with the touch of a smartphone, tablet or computer. And today it makes its debut at Global Pet Expo in Orlando, Fla.

An Idea With Legs

It began as a creative class assignment from Martin’s eighth-grade teacher: conduct an independent project on anything that interests you. Martin chose entrepreneurship.

After researching the topic, Martin wanted to experience what it was like to create a business herself. “I decided to come up with an idea and pitch it at the local Startup Weekend,” she says. Startup Weekends are regional events where entrepreneurs present their ideas to the other people in attendance. The best ideas get a weekend’s worth of collaboration by participants.

But first she had to come up with a business idea. “I started brainstorming problems that needed solutions,” Martin says.

The now high school freshman considered many ideas, but one that stuck with her was the issue of separation anxiety in dogs. Her shelter dog, Kayla, had suffered from it after the Martins adopted her. Martin says the Golden Retriever would become anxious and chew destructively when the family was away. Martin likes to use video chat platform Skype to keep in touch with her friends, so that gave her an idea. “I thought it would be cool to Skype with your dog, make them feel better, and give them a treat,” she says.

She developed a 60-second “pitch” about her concept and prepared to present to the all-adult audience at the weekend event. “I was kind of nervous, but how are you ever going to learn if you don’t try?” she says.