Home ›
Our Pet Experts ›
Dr. Patty Khuly ›
The 3 Most Difficult Things This Veterinarian Did Last Week

The 3 Most Difficult Things This Veterinarian Did Last Week 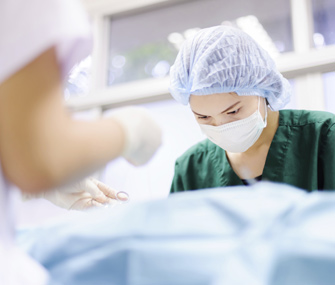 Being a veterinarian can be hard. It isn’t all snow cones and bunny rabbits, you know. Some of you may have some firsthand knowledge about this from your days as a veterinary volunteer or a stint at your local shelter. But few animal lovers realize how fast and furiously the tough stuff can pile up.

In fact, last week alone is a perfect example. Here are some of the more difficult details I had to contend with in the normal course of my work life:

1. I euthanized an otherwise healthy 14-year-old feline leukemia-positive cat after his owner died. Who was he going to live with? The deceased’s family adores animals, but they all live in far-flung states, keep cats of their own and fear feline leukemia transmission. The only daughter who had traveled south to take care of her mother’s affairs had to confront the reality of Smudge’s unfortunate “inconvenience.”

But it was more than that, really. Smudge wasn’t merely inconvenient. He’d always lived with one owner in a one-person, one-cat household. Once a free-roamer who feared human company, he condescended to cohabitate with people in just this one case.

So complete was his anxiety when interacting with others that whenever humans were around, he would disappear into the nooks and crannies of his owner's old Florida house. With that disposition, how could anyone consider taking him from his only known home to a faraway and uncertain future?

I didn’t blame the daughter for electing euthanasia. I agreed to euthanize him on one condition: that it would take place in his own home. No vet hospitals for Smudge. It was sad but utterly defensible.

2. I signed a document accepting responsibility for a client’s pets’ health care in the event of his death. Another zinger, don’t you think? I’ve signed less than a handful of these documents over the years. This one, however, was by far the most formal I’ve ever dealt with. In this case, the cats will receive funds from a trust to continue to live in their own home with caretakers until adoption or their natural deaths — whichever comes first. And I will continue to provide their health care. Strange (and expensive!) but sweet.

3. I told a client I’d made a mistake. In this case, I’d not really made a mistake, per se. After taking X-rays and bloodwork and consulting with a radiologist, we’d agreed that my patient's most likely problem was pyometra (an infected uterus).

Because this finding required emergency surgery, I didn’t undertake it lightly, nor did I promise the owner that I’d be correct in this diagnosis. So when a late-afternoon emergency surgery yielded a diagnosis of an inflamed bladder and notpyometra, I had to tell her owner that the surgery had been effectively unnecessary — except for the spay I performed at the same time.

Sure, I’d been wrong in my diagnosis and fessing up wasn’t fun, but being honest about it worked out in the end (it always does).

No, being a veterinarian isn’t always about kittens and puppies and well-pet visits. It’s also about facing the reality that the job deals in death, inevitable medical misjudgments and tough moral quandaries.

Still, I’d never choose another career. After all, what other occupation would would provide me with the constant challenges that make us all better people — and allow me to work with animals? I’d be hard-pressed to find one. I consider myself lucky that I chose the career I did.