Home ›
Our Pet Experts ›
Dr. Patty Khuly ›
The $75 Million Dollar Question: How to Spay or Neuter Without Surgery

The $75 Million Dollar Question: How to Spay or Neuter Without Surgery 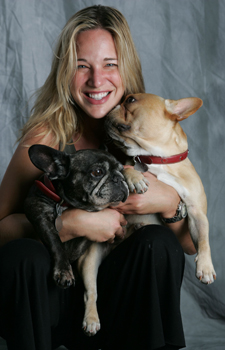 Let’s say there was a way for you to spay your cat without subjecting her to surgery. Would you do it? Would you neuter your dog via pill or injection? If you’re anything like me (as I suspect you are), you’ll wait a few years after this currently nonexistent technology comes to market before exposing your pet to its potentially unsatisfactory effects.

But it undoubtedly would be worth it — if it proved successful and safe, right?

Although it would probably temper my surgical skills somewhat, I’d happily give up my scalpel in favor of a less drastic method. After all, the side effects of a spay or neuter aren’t exactly nonexistent.

But forget about you and me and our individual pets. How great would it be to provide one injection and thereby sterilize a stray? Or one vaginal suppository? (Icky as it sounds.)

What a boon to the pet overpopulation problem it would be if we could devise a permanent method like this whereby unwanted pets could not reproduce. Imagine how much easier it would be to TNR (trap-neuter-release) feral colony cats.

Adopting from the shelter? Unless you elect to pay extra for the surgical approach, your pet goes home after getting “the shot,” “the pill,” whatever. No incision to monitor. No pain to medicate away. No I-hate-the-vet-forever post-op stress to contend with.

I’m not the only person who sees the enormous value of such a method.

In 2008, Dr. Gary Milchelson offered a $75 million “reward” for bagging a nonsurgical approach to pet sterilization. (That actually translates into $25 million for the first prize and $50 million in grants for those with exciting proposals that require research.) Though $50 million is structured as a source for grants given to worthy projects in this arena, another $25 million is a flat-out prize for the inventor.

An interesting side note is that Dr. Michelson is not a veterinarian. He’s a human physician. (Heavens knows I’ve never met such a rich vet.) He’s a billionaire orthopedic spinal surgeon who wants to put an end to the animal overpopulation problem by any means necessary.

Though such incentives might be commonplace in the world of human technology and medicine, few such offers have trickled down to us, the veterinary counterparts. But it appears the pet overpopulation problem has become a higher-profile exception to the rule in certain enlightened circles. Finally. Even if it does come from outside vet circles — as it apparently must, given the financial incentives required to undertake such a massive endeavor.

Since 2008, when the offer was announced, millions have been awarded. As of August 11, 2011, 15 grants totaling more than $6 million have been given out. Apparently, no one has solved the problem, but many have proven themselves willing to accept the challenge.

Everything from nanocontainers (which could deliver drugs to a particular place within a cell) to gene silencing (switching off a particular gene) are reportedly on the table, which puts most of us in a frame of mind to believe that the most cutting-edge technologies are being brought to bear on this depressingly pressing problem.

So how about you? How would you feel about a nonsurgical way to spay and neuter?

I myself would love nothing better than to put an end to my surgical spay and neuter days forever.