Home ›
Our Pet Experts ›
Dr. Patty Khuly ›
The Dilemma About What to Feed Old Cats

The Dilemma About What to Feed Old Cats 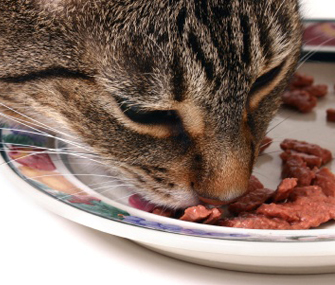 Everyone knows the geriatric human population in the United States is on the rise –– big time. But few pet owners have noticed that the pet population is experiencing a similar boom. This surge is why veterinary nutritionists and pet food manufacturers have started to turn their attention to senior pets.

Two studies have demonstrated that in the U.S. and Australia, 33 percent to 42 percent of pets have reached the seven-year mark. And though seven years old isn't exactly geriatric, if these animals were human, we might uncharitably categorize them as “over the hill.”

Which means the market for cats and dogs with specific geriatric needs is large –– and growing. While dog owners are consistently willing to spend more on veterinary care than are their feline-owning counterparts, cat owners seem to be increasingly less price sensitive when it comes to their cats’ food. In other words, they’re often willing to spend more for the good stuff. And with cats living way longer than seven years, the pet food powers-that-be are rolling out the red carpet for this soon-to-be-super-booming market of golden oldie kitties.

Here are some points I find interesting about aging-cat nutrition:

I got to thinking about this subject not only because I have a thin and aging cat in my household (whose diet is currently being dictated by his brother’s urinary tract issues and my laziness), but also because I came across a recent article in Compendium, a veterinary industry publication aimed at practical-minded veterinarians and, full disclosure, a sister publication of Vetstreet.

The article, “Optimal Nutrition for Older Cats,” had a lot to say about what it called the “senior diet dilemma.” For this paper it surveyed 27 commercial diets marketed for older cats, ultimately finding that the calories, protein, fat, sodium and phosphorus content varied widely among formulations. In fact, the sodium and phosphorus difference (typically touted as the primary nutrients to carefully monitor in older cat diets) varied more than five times from one food to another.

Which is probably why, in this smart paper’s search for some unifying theme on the subject, it reached this conclusion:

“Finding the right diet for an older cat can be a challenging task. Until nutrient guidelines for this population are established, it is critical to base dietary recommendations on a thorough nutritional assessment of the individual cat, including diet history, body condition, appetite and underlying diseases. Commercially available senior diets vary widely in nutrient composition and should be examined carefully before they are recommended for any patient.”

Hence the “dilemma.” No one, it seems, knows what to feed our older cats. And everyone, it would appear, is trying their darnedest to market the heck out of these foods anyway.

I don’t know about you, but all that hemming and hawing and profiteering kind of leaves a bad taste in my mouth. But then, almost all highly commercial issues related to nutrition –– human or animal –– have a way of waking the dragon of suspicion within. Is it any wonder I’m less than enthusiastic about geriatric diets in general –– much less for cats?