The Impressive Yet Underestimated Dog Spay 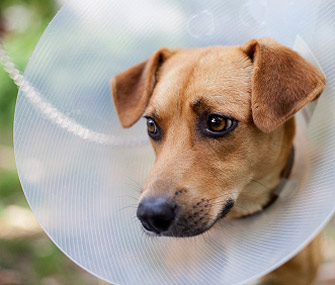 Not long ago, a family member from out of town brought in her dog so I’d take a quick look at a lump. Because it’d be at least a month before she’d be back to her hometown, I agreed to remove the small mass ASAP. Once underway, however, she called to ask if I could spay the dog, too, “as long as you’re already there." Now, strictly speaking, I wasn’t even in the neighborhood. The lump was in the skin over the right side of her belly. Meanwhile, a “spay” is a sterilization procedure that typically denotes the removal of the uterus and ovaries — all of which live inside the belly. Yet, like most veterinarians, I’m well-accustomed to the common misconception that anything roughly around the abdomen might as well be within the abdomen.

As widespread as this anatomical muddling might be, more common is the erroneous conviction her request implied: That a spay is a simple procedure… one that’s easily tacked on to most any other with a minimum of stress, discomfort, time, ability or expense.

Now, from the veterinarian’s point of view, little could be further from the truth. The everyday ovariohysterectomy is a procedure that’s both hard to master and easy to underestimate. In fact, there’s no routine procedure I can think of that compares to the spay for its high degree of difficulty and unpredictability.

Which is probably why most veterinarians I know (especially the newly minted ones who are still on the steep part of its learning curve) tend to count the humble spay among the most stressful procedures we perform — at least when it comes to doing them in dogs.

The high variability within the canine species can make for an especially challenging surgical experience (two to 200 pounds is an extreme range for surgical patients) — more so when you consider the variations that accompany any given canine patient’s life stage and reproductive cycle.

What’s worse is that we often have no idea what we’re getting into until we get in there! So what seems like a “simple” spay worthy of a 20-minute stint (as most young dog spays are for me) might just end up as an hourlong slog in a sea of friable fat and leaky vessels. Or worse… in an overnight stay at the ER for close observation in case additional internal bleeding transpires.

Speaking of fat… When you add in the soaring rates of canine obesity and the increased incidence of later-in-life sterilization (where I live, anyway), it’s a wonder I haven’t had more ER-worthy spay complications in my career (I’ve had two in 18 years).

Which is probably why I included the fat-dog version of this procedure and one of its permutations, the pyometra surgery, on a recent list of “dreaded jobs” in veterinary medicine.