The Vet School Where Ultimate Canine Detection Dogs Are Trained

In November 2010, a serious problem emerged in the Everglades: A growing number of pythons had infested the area, threatening the native animal population and the park's delicate ecosystem.

The situation mirrored the plot of some big Hollywood action movie — except Samuel L. Jackson was nowhere to be found. Instead, two unlikely heroes emerged: a pair of detection dogs from Auburn University’s Animal Health and Performance program in Alabama.

Detection dogs, who can sniff out everything from explosives to narcotics, are specifically trained to “fringe” respond: When they reach a search threshold that's within a five-meter perimeter, they know to sit and let the professional snake handlers step in to wrangle the reptile.

According to Craig Angle, Ph.D., associate director of the university’s Veterinary Sports Medicine program, the dogs have so far covered about 390 miles of the park and have found 19 pythons, including the largest capture on record (14.5 feet!) in the United States.

Professional Athletes of the Dog World

What, you may ask, does a sports medicine doctor know about training detection dogs? The answer is part of what makes Auburn University’s program so unusual and groundbreaking.

At both the research-focused Auburn campus and the 300-acre Anniston training facility that houses up to 150 dogs, Dr. Gillette, Angle and Pearce treat their dogs just like professional athletes, exposing them to the highest level of conditioning, physiology, nutrition and training. “Optimum health leads to optimum performance,” Dr. Gillette says.

In other words, it's the kind of fitness prowess required to cover almost 400 miles of swamp on foot while on the prowl for snakes. 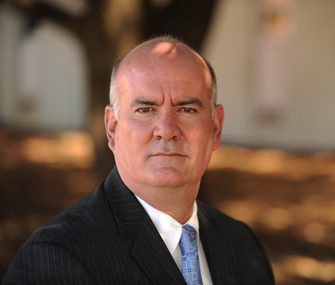 The trio is obviously doing something right. Pearce, who spent 23 years with the U.S. Air Force’s Department of Defense dog school in San Antonio, Texas, joined Auburn University's program in 2002.

“I grew up with dogs,” he explains. “That was my chosen focus in the military.” Today Pearce breeds and trains Labrador Retrievers — who are well-suited to detection — for law enforcement agencies and instructs dog handlers for the TSA, Amtrak and fire and police departments.

It’s this high level of research, education and handler training that sets Auburn apart from other federal or private-sector detection dog programs. Their view of pooches as athletes makes them different as well.

“The dogs at Auburn are doing big things. They screened people closest to the president at the last inauguration,” Pearce says proudly. “They’re considered athletes, so we mix sports medicine with training to make detector dogs. We’re the only one-stop, comprehensive program out there for canine nutrition, genetics and the environment.”