Think There’s No Cause for Concern Regarding Rabies? Think Again. 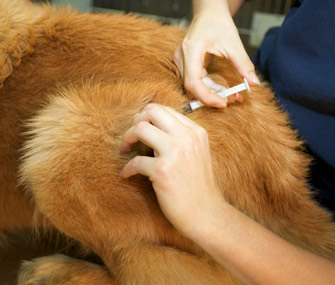 Today is World Rabies Day. And since it’s also the anniversary of the death of the “father” of vaccines, Louis Pasteur, it’s the perfect day to remind us of the ravages that the rabies infection can inflict.

Although it is an “untreatable” and fatal disease — with depressingly few cases of recovery — it’s essentially preventable with vaccination.

In the United States, canine rabies has been almost completely eradicated. Yet, outside the U.S., dogs are still the primary species responsible for 55,000 human rabies deaths each year.

That’s right: One person dies from this preventable disease every 10 minutes.

Rabies By the Numbers

Just to give you an idea of how well vaccination programs work, let’s look at some numbers presented at a recent world rabies webinar by Dr. Ingrid Trevino-Garrison of the Kansas Department of Health and Wildlife.

According to Dr. Trevino-Garrison, educational and legal efforts to promote rabies prevention in pets started in earnest after World War II. In 1946, there were about 12 million dogs in the U.S., with 8,384 cases of canine rabies and 33 human cases.

Fast-forward to 1965: There were almost twice as many dogs but only 412 cases of canine rabies and two human cases.

And it gets even better. Based on stats from the CDC, there were about 61 million dogs in the U.S. in 2009 — and only 93 cases of canine rabies. None of these domestic dogs infected a human.

In fact, the one human fatality in 2009 associated with a dog bite involved a person who’d been bitten by a canine while traveling in India.

So why is the problem still rampant in other countries?

Some real and significant obstacles include a lack of affordable vaccines and effective vaccination programs, as well as unchecked populations of feral, unclaimed dogs.

Plus, human rabies exposure isn’t limited to a bite by an infected dog. Rabies is a disease that can affect all mammals, particularly wildlife like raccoons, skunks and bats.

In fact, of the 6,153 confirmed rabies-infected animals recorded in 2009 by the CDC, 92 percent of them were wild creatures.