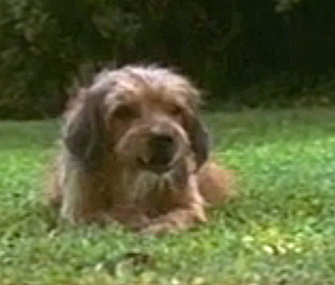 Does your mutt have what it takes to be the next movie star? If you think he does, then be sure to check out the new online casting call for the next Benji. Brandon Camp, whose father created Benji nearly 40 years ago, and veteran movie trainer Mark Forbes are using online tools like Facebook in their hunt for the new actor. According to the Associated Press, Camp and Forbes are scouring photos of pets from shelters and rescues across the country, along with sites like Petfinder and AdoptAPet.com. Forbes said he plans to personally visit every shelter within 75 miles of Los Angeles.

The first Benji movie, about a stray who helps save two kidnapped children, debuted in 1974. There are four sequels, multiple TV specials, a Saturday morning TV series, a syndicated comic strip and all kinds of merchandising deals.Check out the clip below to see the first Benji trailer.

The original Benji, named Higgins, was adopted in the early 1960s from the Burbank Animal Shelter by late animal trainer Frank Inn. Higgins played Dog in the television series Petticoat Junction for several years and at the age of 14, he was cast as Benji.

The film is scheduled to begin shooting sometime next year — all they need is the right dog, so be sure and upload your pups pic on their Facebook page. Just remember, the next Benji must be a mutt. “Parents and grandparents will recognize the spirit of Benji. He was always a mutt and will always be a mutt. He is the everydog,” said Camp.