Home ›
Our Pet Experts ›
Dr. Patty Khuly ›
Top 10 Most Popular Questions That Owners Ask Me in the Exam Room 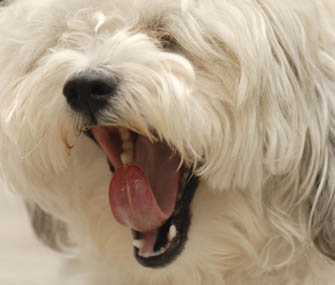 "Why does my dog eat grass?" seems to be the most commonly searched pet question on the Internet, but the most ubiquitous exam room query that I get, by far, is: “What can I do about my pet's shedding?” Here's my quick take on these subjects, along with eight other popular issues that pet owners are clearly anxious to understand:

“What can I do about his toenails? He won’t let me cut them!”

This common complaint doesn’t necessarily signal an incompetent owner. In many cases, dogs and cats have simply missed the socialization window during which these ministrations should have been introduced. For cats, the interval is two to seven weeks. For dogs, it’s eight to 12. Getting a pet used to this procedure, at the right age, is often critical. After that, it may take a little more patience. For owners who give up, it’s common for nail trimming to end up being a stressful exam room subject.

“Why does my dog stink?”

“How do my pet’s ears manage to get so dirty?”

Although “dirty” ears can be caused by rolling in the yard, most dogs and cats whose ears exude a smelly, brownish, or crusty, blackish discharge don’t really have dirt in there. Allergic skin disease in both dogs and cats often yields a mixture of yeast, bacteria and wax, while a smaller percentage of “dirty ear” sufferers (most typically outdoor cats) can harbor ear mites.

“Why does my dog eat poop?”

Whether we’re talking about dog poop, cat poop or his own poop, the reality is that an uncomfortably large contingent of canines are happy to munch on feces. Nice, right? Check out my extended take on the topic.

“Help! He keeps missing the litterbox!”

Litterbox issues are extremely common — and horribly frustrating for cat owners and veterinarians. I spend more time talking about the litterbox than almost any other cat issue.