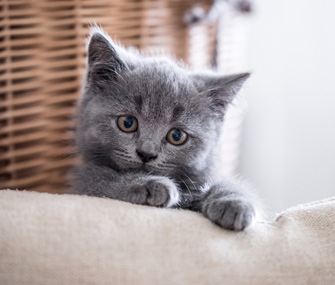 Thinkstock
We wouldn't be surprised if a lot of puppies and kittens are named after the Olympians we rooted for over the summer.

Each year, we dig through our database to determine the most popular and trendy kitten and puppy names. But before we get into the actual data, we like to take a stab at predicting which names will be big in the coming year, based both on events that occurred over the past year, as well as what we anticipate happening in the next 12 months or so.

We considered all kinds of influences — pop culture, news, sports — and came up with a number of names we expect will be trendy among the four-legged crowd next year.

The celebrity lives lost in 2016 hit many of us hard, and we can certainly see where naming a new pet after a beloved famous face would feel like a fitting tribute. So we fully expect to see plenty of kittens and puppies named for David Bowie, Merle Haggard, Leonard Cohen and Prince after the late, great musicians. Ali is likely to be a popular pick for fans of "The Greatest," and we could also picture many pets named Rickman—or maybe even Snape, after one of actor Alan Rickman's most well-known recent roles in the Harry Potter movies.

Politics have clearly played a major role in the second half of 2016, so don't be surprised to see animals named Clinton or Trump, and, come on—Ken Bone, the articulate audience member at the second presidential debate, has a perfect pup-friendly name. Although the Obama family is leaving the White House, we imagine plenty of people will still name pets after this first family (and their dogs, Bo and Sunny), and we can see a number of pet owners honoring Elizabeth Warren, as a possible 2020 run for president is already getting a bit of buzz.

Has this been an exciting year for sports or what? First, we saw the Cleveland Cavaliers take their first-ever NBA Championship in June, and you know people are going to name their pets after Cavs stars like LeBron James (King James would be a great name for a stately feline) and Kevin "Double Double" Love.

Then, we had the Olympics, and the name inspirations there are practically endless. Runners like Great Britain's Mo Farah, Jamaica's Usain Bolt and the USA's beloved Meb Keflezighi offer fantastic monosyllabic monikers. And fans of swimming might enjoy naming a water-loving dog (or cat!) after Katie Ledecky or Michael Phelps... or, in the case of a particularly naughty pet, Ryan Lochte.

And then, of course, there was the World Series, where the Chicago Cubs won for the first time since 1908. A few notable names from that team are Anthony Rizzo, the first baseman, and, for anyone adopting a senior pet, Rossy, to honor Cubs catcher David Ross, the 39-year-old who was the oldest player to hit a home run in Game 7 of the World Series, and who also retired following the win. 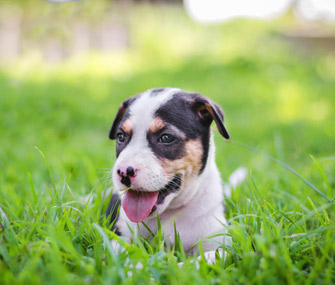 Thinkstock
The 2016 election may influence dog and cat names in 2017. How many Trumps and Hillarys do you think you'll meet at the dog park?

Of the movies that made a big box-office splash this year, we can see Trolls inspiring the names Poppy and Branch, and we're sure to see an influx of Max, Gidget, Duke, Mel and Chloe after the characters in The Secret Life of Pets. Other 2016 films we think will have an impact: Ghostbusters (Holtzmann would be a great name), Suicide Squad (Harley and Quinn), Zootopia (Hopps) and Finding Dori(what else? Dory, obviously).

Once 2017 gets under way, we're sure we can look forward to names from movies like Wonder Woman (Diana or Prince), Beauty and the Beast (Belle or, well, Beast) and My Little Pony: Friendship Is Magic(Applejack, Rainbow Dash or Spike).

For those who think the best way to Netflix and chill is by hanging out with their pets, we expect names like Piper from Orange Is the New Black and Eleven from Stranger Things to continue to gain traction.

And we can't discount the phenomenon that is PokémonGo, so expect to hear plenty of pet owners calling for Pikachu and Ash in the coming months.