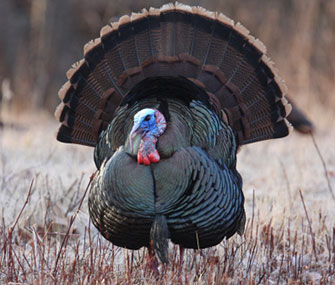 Every Tuesday we'll share a few fun animal facts with you from experts all over the country. Today we’re focusing on animal that’s on the minds of plenty of Americans this week: the turkey. Our turkey facts come from the National Wild Turkey Federation.