Tune in to the 2014 National Dog Show on Thanksgiving Day

Is watching The National Dog Show part of your family's Thanksgiving tradition? If it is, mark your calendars for the 13th annual broadcast tomorrow on NBC, immediately following the Macy’s Thanksgiving Day Parade.

More than 1,500 canines will compete for the coveted Best in Show title, having to first secure Best of Breed and First in Group titles before making it to the final round. Two new breeds aim to shine in their National Dog Show debuts this year: the cuddly Coton de Tulear (in the Non-Sporting group) and the athletic Wirehaired Vizsla (in the Sporting group).

If you watched last year, you may remember that Jewel the American Foxhound made history by being the first-ever hound to win The National Dog Show, which was dominated by terriers in five of its first 11 years. But, as always, this year is anyone's game!

Check out our photo gallery for the behind-the-scenes action that you may not see on TV tomorrow. 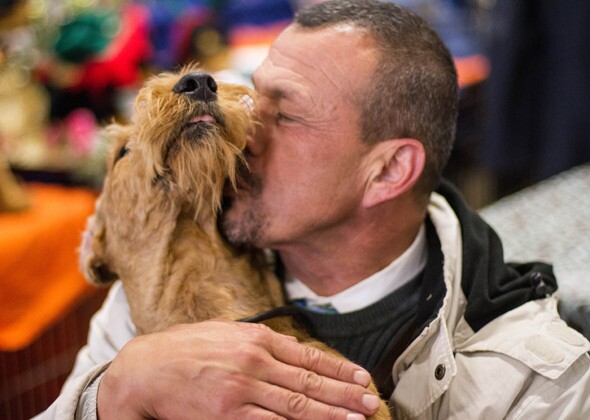 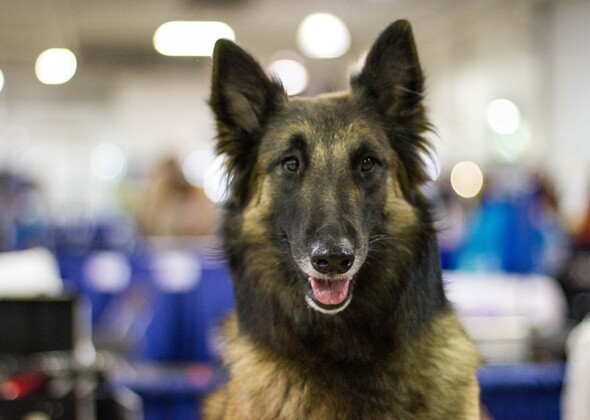 Nukaq is a 2-year-old Belgian Tervuren whose name means "little sister" in Inuit. She and her sister, Valor, are both therapy dogs. 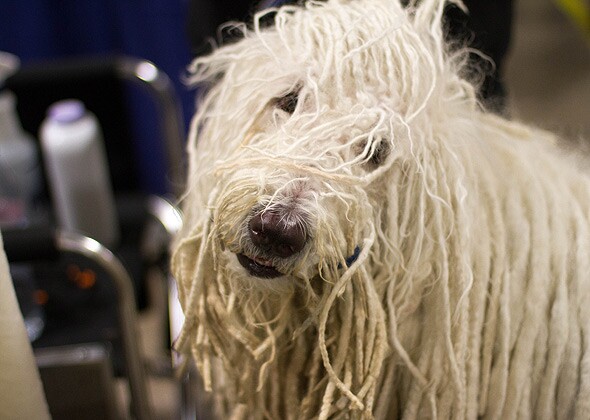 Chauncy the Komondor drew plenty of admiring fans who asked to touch his corded white coat.

Darby the Poodle gets pampered — er, groomed — before her turn in the ring. 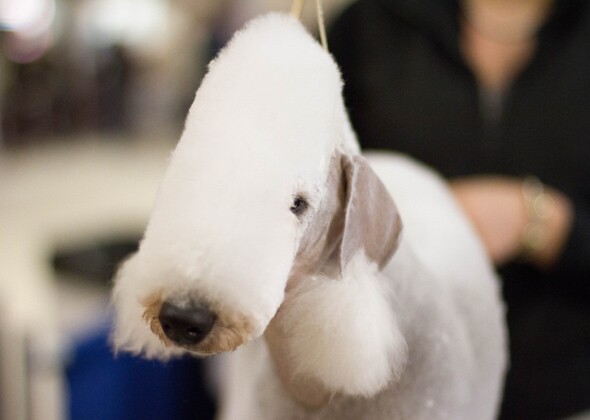 Is there a more perfect name for this gorgeous Bedlington Terrier than Vogue? We don't think so! 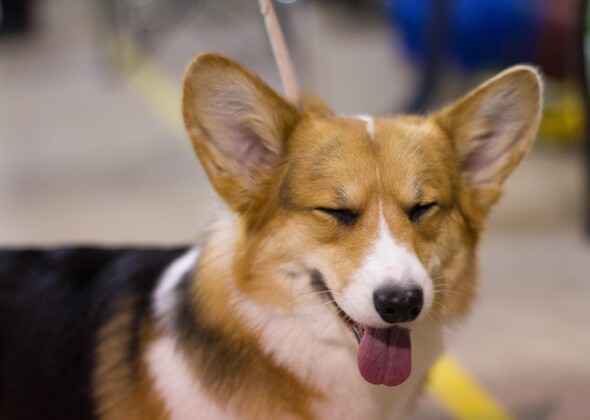 What's so funny, Lucy? This 2-year-old Pembroke Welsh Corgi loved goofing off for the camera. 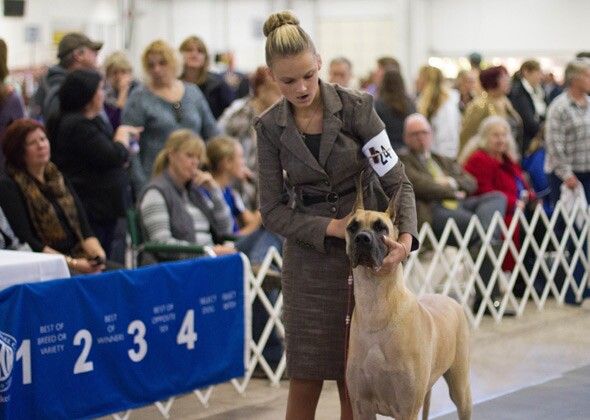 A handler adjusts her Great Dane in the show ring. 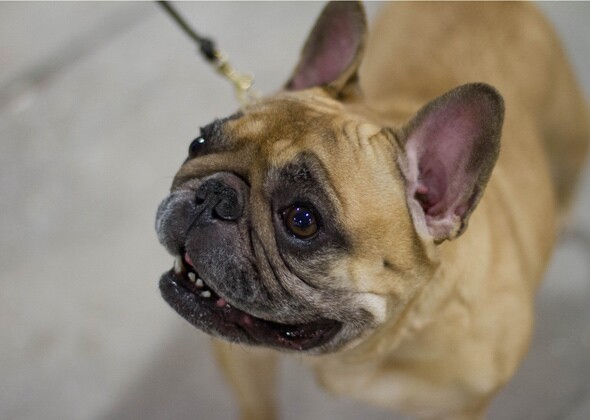 Thanks to her friendly personality and adorable bat ears, Maddie the 5-year-old French Bulldog made lots of friends in the benching area. 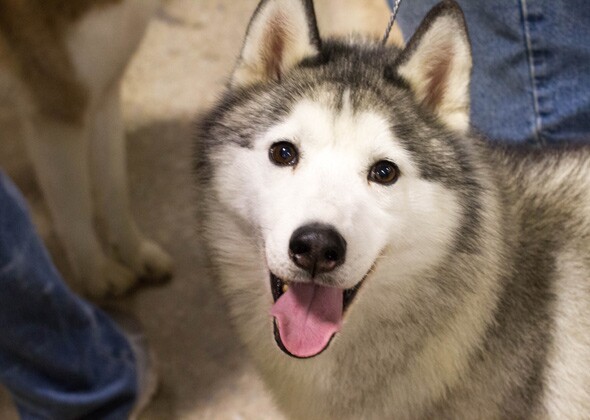 Ziva the Siberian Husky waits for her turn in the ring. 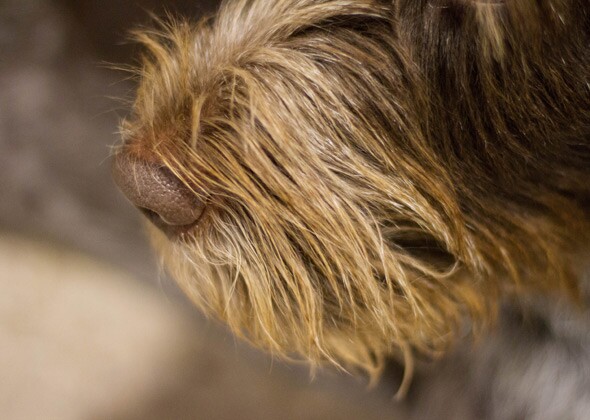 Can you tell which shaggy breed this nose belongs to? The answer is here. 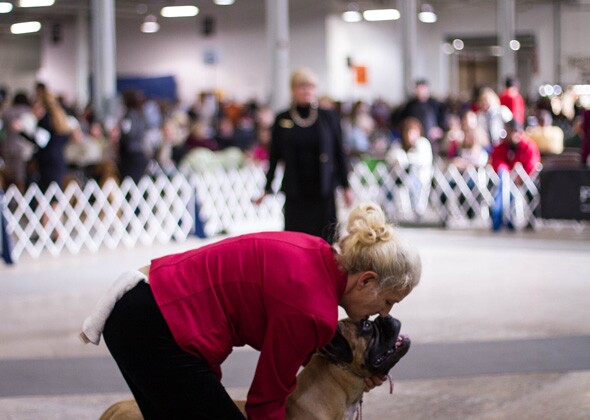 A handler leans down to kiss her Bullmastiff in the ring as a judge looks on. 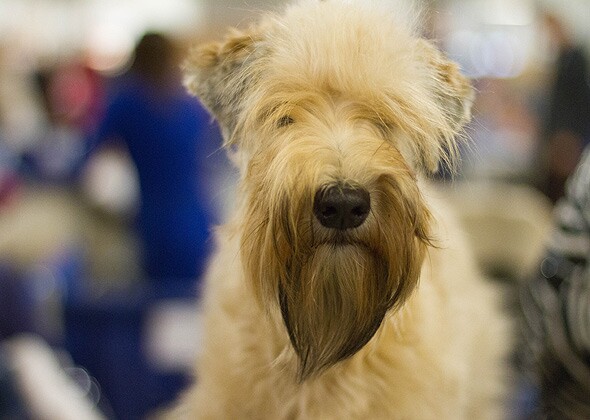 Is it just us or is this Soft Coated Wheaten Terrier winning Movember? 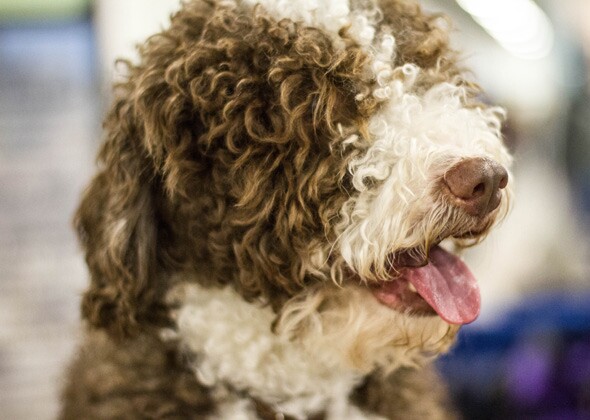 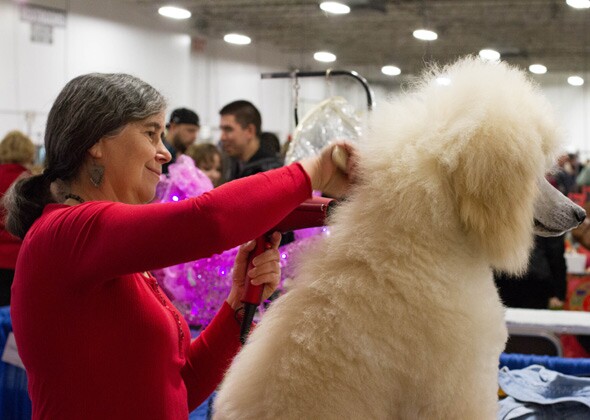 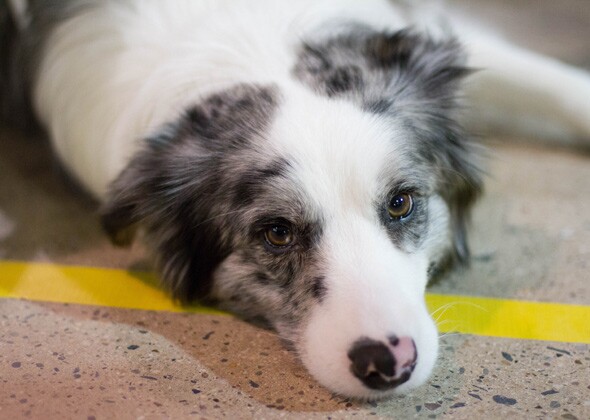 Boo the Border Collie's owner says she's the calmest example of a breed not exactly known for being calm! 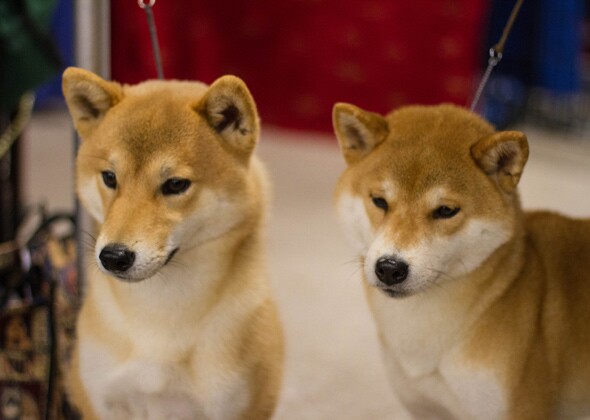 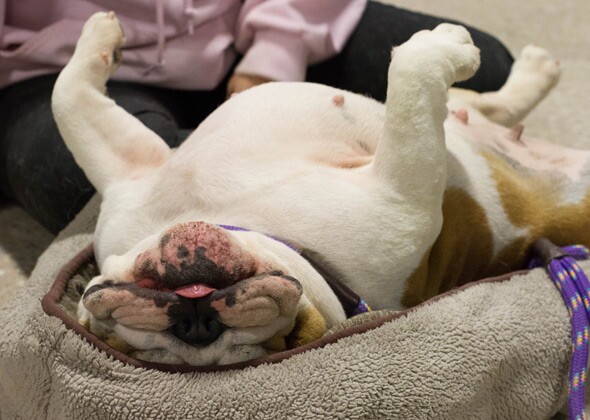 Frannie the Bulldog slept like this for a while — unwittingly posing for more than a few pictures.

If you can't tune in for the first telecast, which airs Thanksgiving Day from noon to 2 p.m. in all time zones, cover your ears and stay off Twitter so you can be surprised by the results during NBC's encore broadcast on Saturday from 8 to 10 p.m.

So grab your remotes, call in your canines, and may the best dog win!