Home ›
Our Pet Experts ›
Dr. Patty Khuly ›
Vets Have Feelings Too: What Makes Us Weep

Vets Have Feelings Too: What Makes Us Weep 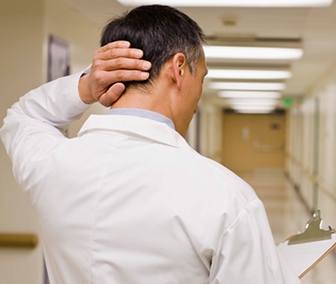 Yes, veterinarians cry. Although it tends to happen more often in the early days of our careers, I found myself with puffy eyes and a blotchy face on a recent morning.

Curious to know what makes a veterinarian of a certain age dissolve into a puddle of tears? Most recently, it occurred after I had to euthanize an English Bulldog whom I’d personally ushered into the world via C-section 10 years ago. And although the emotional reaction was understandable, I couldn’t help but think I’d allowed it to get the better of me.

I know it’s normal — even endearing to some extent — for a veterinarian to cry over the loss of a patient. But let’s be honest: It’s also unprofessional to run from an exam room in tears when a client asks if you’re OK. That’s when I lose it.

In any case, it doesn’t happen as frequently as it used to. In fact, while it’s not unusual for me to shed a private tear every couple of weeks on behalf of an animal or his owner, it’s rare for me to be so affected that I’d fail to present a still-composed face to my next client.

Nonetheless, it’s tough to slog through all the death that we deal in. After all, pets only live so long. And because some of us have been in the biz long enough in the same spot, it’s not unlikely for us to see our patients from birth through death. How many modern physicians can lay claim to that?

As I was thinking about writing this post, I wondered about how many other vets actually shed tears in the course of their work lives and why. So I polled a small group of veterinarians whom I’m social with and received a bunch of replies — from the sublime to the ridiculous — that were all illuminating.

Five Things That Make Vets Cry (or at Least This Vet)

While I imagine that numbers one through three happen in any workplace, and in any profession (sans the surgery comment), numbers four and five are very veterinary.

We’re all different, of course.

Take the boys, for example: One male colleague replied that he’s only ever cried in the course of his duties when he’s had to euthanize his own animals (not a crier, that one). Meanwhile, another stoic sort confided that he only loses it when children are present during euthanasia. He’s so emotionally undone in these situations that he actually begs — and tries to pay! — his colleagues to relieve him. Another vet whom I've known since school refuses to perform euthanasia at all for this reason. Good thing he’s in academia!

READ MORE: Small Animals, You and Your Vet, The Human - Animal Bond, Veterinarian Written, Grief and Losing a Pet, Opinion

READ MORE: Small Animals, You and Your Vet, The Human - Animal Bond, Veterinarian Written, Grief and Losing a Pet, Opinion