Home ›
Our Pet Experts ›
Laura Cross ›
Want to Adopt a Pekingese or Another Westminster Winning Breed? Try a Shelter

Want to Adopt a Pekingese or Another Westminster Winning Breed? Try a Shelter

After watching all the dogs strut their stuff at the Westminster Dog Show, it's hard not to search for the nearest Pekingese breeder to find a dog like Best in Show winner Malachy. If canine lineage is important to you, then researching reputable breeders is the next logical step in your search for a pup that will fit in with your family and lifestyle. However, if you still want a purebred dog and aren't too concerned about show-worthy bloodlines, then you can adopt a pup on Petfinder.com. In fact, 25 percent of the thousands of dogs listed on Petfinder are purebreds.

Check out these seven breeds, representing the winners of the groups and Best in Show from across the country — all of whom need forever homes. 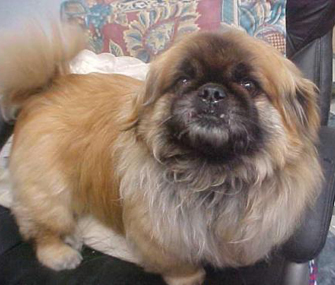 Petfinder
Prince is a Pekingese looking for a forever home.

The winner of the Toy Group, GCH Palacegarden Malachy, or Malachy for short, is a Pekingese. If you found Malachy's cartoonish looks endearing, then Prince from Forget-Me-Not-Peke Rescue in Palm Springs, Calif., is the pooch for you.

Prince is a happy pup who is five to six years old and sports a puppy clip. At 16 pounds, he also needs to go on a diet. He might not be the best choice for families with children or other pets, but he's perfect for someone who wants a dog who will be loyal and protective to just one person — you.

The Peke's vigilant nature makes him a super watchdog, and his size makes him suited to any size home, from an apartment to a palace. While Prince's description does not specify whether he snores or not, the flat-faced breed is known to be noisy when sleeping, so you might have to invest in earplugs if you take this little guy home with you.

Prince is just one of the 807 Pekingese in the U.S. who is available for adoption on Petfinder. To learn more about what it's like to own a Pekingese, go to Vetstreet's breed pages. 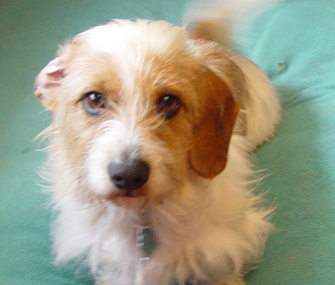 Petfinder
Judy is a Wirehaired Dachshund who is up for adoption.

A Little Hound With High Hopes

Judy was adopted in 2008 from CTDR, but was returned because her retired owners could not care for her due to health issues. This sweet and energetic girl deserves a second chance at a home. Unfortunately, her previous owners showed their love with food, so she needs a family who will whip her back in shape.

Dachshunds are good family dogs if they are brought up with kids, but it’s important to supervise play so that children don’t pick up or hold them incorrectly. Their adaptable nature and moderate exercise needs make them appropriate for anyone from young singles to couples to seniors.

Judy isn't the only Dachshund looking for a home, there are 5,621 of these little hounds on Petfinder. To learn more about what it's like to own a Dachshund, go to Vetstreet's breed pages. 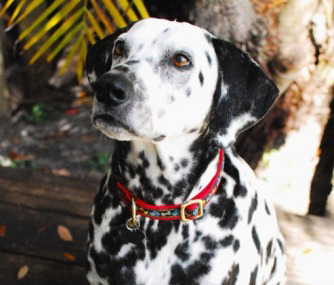 Petfinder
Dorsey the Dalmatian would love to be a member of your family.

Dalmatian GCH Spotlights Ruffian, also known as Ian, earned the top spot in the Non-Sporting Group. If you find yourself nostalgic for a certain animated Disney flick, or have images of a pup riding along on a fire truck, then take a look at Dorsey from Greatful Paws Dog and Cat Rescue in Fort Lauderdale, Fla.

Dorsey is about 4 years old and was found as a stray wandering in traffic. He's doing well with his foster family and gets along with their children. While this couch potato still needs some leash training, he's neutered, up-to-date on his vaccinations and microchipped.

Dorsey's description says he likes to lounge around, but the Dalmatian breed is known to love running and is the perfect companion for jogging aficionados. In fact, if he could, the Dalmatian would open your dresser drawers, pull out your running shorts and lay them in front of you as a not-so-subtle hint.

Want a dog like Dorsey or Ian? Check out the 785 other Dalmatians on Petfinder. To learn more about what it's like to own a Dalmatian, go to Vetstreet's breed pages. 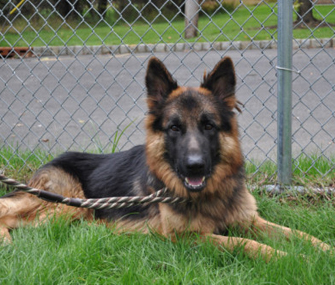 Petfinder
Max is a German Shepherd who needs a new home.

A Herding Dog With Heart

GCH Babheim's Captain Crunch, also known as Capi, is the German Shepherd who won the Herding Group. Looking for a versatile and family-friendly breed? Then look no further than Max from Shepherd's Hope Rescue in Glen Head, N.Y.

A 2-year-old male German Shepherd, Max ended up in the rescue because his previous owners moved and left him at a city shelter. When he first arrived he was timid and shy, but he's since warmed up and has become quite fun-loving and playful. However, this pup still needs obedience training, so he's not the best fit for first-time dog owners.

The protective but loving German Shepherd is a great choice for families with children, but singles and couples who love the outdoors also match up well with this breed. 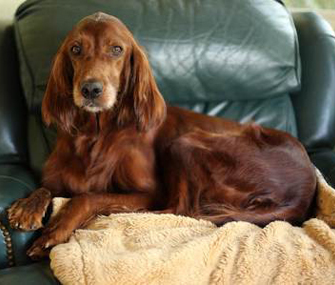 Rosie was one of 10 dogs rescued in May 2011 from a Mississippi home. She's now in foster care and loves to give people kisses. She's quite a puller when she walks and is obsessed with chasing everything including birds, squirrels and especially cats. She's not a good fit for people who own other pets, but she's perfect for someone who wants a stunning dog with lots of potential.

The Irish Setter is a fun-loving breed that needs an active family. The breed gets along with children but might be too rambunctious around toddlers.

If you'd like to add an Irish Setter to your family, take a look at the 111 available on Petfinder. To learn more about what it's like to own a Irish Setter, go to Vetstreet's breed pages. 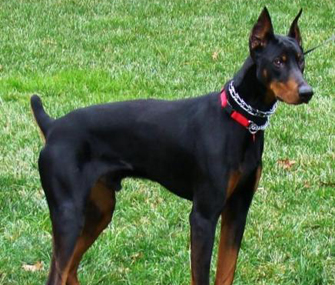 Petfinder
McGee is a Doberman Pinscher looking for a forever family.

The winner of the Working Dog group was a Doberman Pinscher named GCH Protocol's Veni Vidi Vici, or Fifi. The breed has a reputation as an attack dog, but that is far from the truth. McGee from DAR&E Doberman, Assistance, Rescue & Education in Woodstock, Md., is a true sweetheart.

McGee is a young Doberman who is house-trained, crate-trained and doggy-door trained. He's an active dog, so he'll need daily walks and plenty of exercise. If you live on a farm, he's an excellent choice because he's comfortable around horses and other large animals. He also gets along with children and toddlers as well as other pets.

If you do decide to share your home with a Doberman, you'll find him to be a fairly easy dog to care for. Just keep his nails trimmed and his body lean and exercised, and brush him weekly to keep shedding to a minimum.

Currently, there are 1,304 Doberman's on Petfinder who need a forever home. To learn more about what it's like to own a Doberman Pinscher, go to Vetstreet's breed pages. 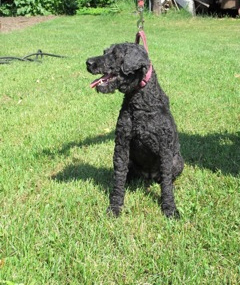 Kerry Blue Terrier GCH Perrisblu Kennislain's Chelsey, or Chelsey for short, was the top dog in the Terrier Group. If you want an energetic dog with an elegant coat, check out Molly, a Kerry Blue from the Kerry Blue Foundation in Solvang, Calif.

Molly was rescued from a Quebec puppy mill in 2010. When she was found, her fur was matted, she had eye and ear infections, and she was infested with parasites. Now that she's in foster care in Ontario, this 4-year-old pup is enjoying her time playing in the yard and interacting with humans. She still needs obedience training and is not fit for a family with young children.

The Kerry Blue Terrier is best suited to a home with a large yard surrounded by a solid fence that is at least five or six feet high. You should also be prepared to brush her coat twice a week to prevent mats and tangles.

If you want a Kerry Blue, you might have a trouble finding a shelter one. At the moment there are only 10 available on Petfinder. But there are plenty of other Terriers to choose from. To learn more about what it's like to own a Kerry Blue Terrier, check out Vetstreet's breed pages.