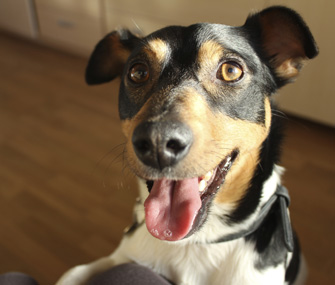 Thinkstock
You may be tempted to invite over everyone you know to meet your new dog, but it's best to spend some time alone to bond first.

Congratulations! You have a new dog—and now it's time to introduce him to his new home.