We Can Thank Pet Owners for the Sunshine State's Snake Problem 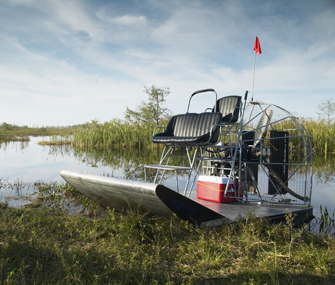 Well-meaning pet owners often cause some very bad things in our world — and nowhere is this more evident than in my neck of the woods, the Everglades.

This often-overlooked natural national treasure has lots of problems. Among the nation's National Parks, the Everglades get ranked almost dead last by environmental groups due to encroaching development, farmland runoff (primarily from the sugar industry), canal-clogging invasive vegetation, the undeniable effects of climate change and now — get this — snakes!

Although reptiles make up a small percentage of this country’s preferred animal companions, snakes are an increasingly popular pet here in South Florida. The big guys, like pythons and boas, are doing so well in their warm and cozy suburban homes that their owners are hard-pressed to know what to do with them once they reach a certain size. Ten feet, anyone?

It’s a scary situation, especially when infants come into the picture. After all, big snakes have been known to consider tiny human infants perfectly appropriate prey. So what’s a serpentophile to do? Many, unfortunately, release their pets to the wilds of the Everglades, where they reproduce and put their super-effective predatory ways to good use.

Snakes slither through the comfortable, balmy landscape of the Everglades searching for food — and they have no qualms about consuming reptilian brethren. Alligators have been known to get into it with these big snakes, who've been found with small gator carcasses inside of them.

These non-native snakes, big or small, are starting to seriously impact the native wildlife in the Everglades. They unbalance the delicate, already-besieged habitats of numerous prey species and birds, too, when they snack on their eggs or scavenge baby birds in their arboreal nests.

If the destruction of Everglades habitats doesn’t do it for you, here’s a scary suburban story: Last year, a cat was lost. And a python was loose. When Critter Control, a wildlife relocation company, showed up to catch the cornered snake, its recent meal was visibly distending its abdomen. A vet snapped a few X-rays, and the retractable claws on the film were unmistakably feline. Yet another reason to keep your kitty indoors!

To combat the release of such non-native species, the Miami Metro Zoo has come up with a great concept: amnesty day. Anyone who’s come to the conclusion that he can no longer keep his wild pet can hand the creature over to the zoo — no questions asked.

The Everglades National Park also organizes a monthly snake hunt that I plan to attend soon. The goal is to stalk non-native snakes, capture them and place the snakes in captive situations. Since they’re easier to nab at night, this is a nocturnal adventure. What better way to spend a moonlit Florida evening?

What’s more, local laws are in the works to clamp down on the reptile trade (especially in regard to particularly invasive species) and ensure that owners of these pets not only have permits but microchips to keep track of their snakes.

Ultimately, people need to learn that remanding their pets to the great outdoors — no matter how appropriate the conditions may seem for the snakes — have unforeseen consequences for us all.