Home ›
Our Pet Experts ›
Kristen Seymour ›
Westminster Kennel Club Dog Show: How and Who to Watch

Westminster Kennel Club Dog Show: How and Who to Watch 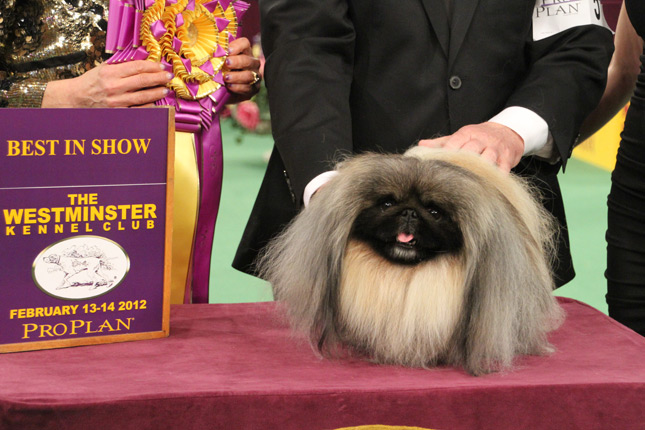 The 137th Annual Westminster Kennel Club Dog Show presented by Purina will bring the best of the canine world to New York City on Monday and Tuesday. The event, which showcases more than 2,700 dogs from 187 breeds and varieties, will also feature one big change: multiple locations. Madison Square Garden is still the place to be in the evenings for the judging of Groups, Junior Showmanship Finals and Best in Show. But for the first time ever, breed judging will take place during the day at Piers 92/94 from 8:30 a.m. until 6 p.m.

For those unable to attend the show in person, never fear! On Monday, Feb. 11, you can watch the Hound, Toy, Non-Sporting and Herding Groups judged live from 8 to 11 p.m. ET on CNBC. The following night from 8 to 11 p.m. ET, USA Network will have exclusive coverage of Sporting, Working and Terrier Groups, as well as Best in Show.

Don't want to wait until evening for your showdog fix? You can also catch videos posted throughout the day from the show on the Westminster website, and we'll be live blogging right here at Vetstreet too!

Last year the Best in Show award went to Malachy, a personable Pekingese who drew laughter from the audience as he seemed to float around the ring. This yea, there's buzz surrounding a Wire Fox Terrier named Sky, who won the National Dog Show late last year.

While they might not necessarily be favored to win, it's always fun to keep an eye on the breeds competing at Westminster for the first time. And don't forget about the really unusual breeds; they're always fan favorites as they take a turn around the ring!